Where We Be, What We Be Drinking: Week 2

Let us commence with the geodrinking! Now with new and improved maps.

Share All sharing options for: Where We Be, What We Be Drinking: Week 2

Ahh, the power chair. I am at the helm of this fully operational bloggle station. The hallowed halls of THE Off Tackle Empire. Now, I can finally right what has been so wrong for so long.

Take a look at this map; the legendary tabula used to proclaim our geographic and alcoholic allegiance each week. Just look at it! Notice something? 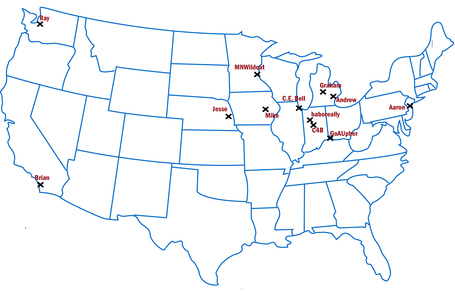 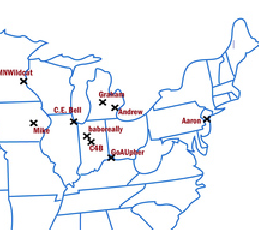 Still nothing? Nothing jumping out at you, perhaps something with America's 3rd State? 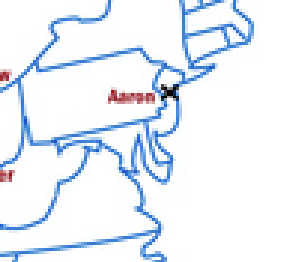 For a blog that claims to have base proficiency in geography, this is a travesty of cartography! The borders of New Jersey are drawn as if by a monkey dropping acid! Pennsylvania is pretty close, but it appears to have eaten most of south Jersey. Delaware seems to have performed a reverse secession in a desperate ploy to join the finest state in the nation. Don't even get me started on Maryland, IF YOU COULD EVEN CALL IT THAT!

After a spirited discussion, a few emails, and an appropriate number of comments about matriarchal affairs, we've sorted it out with a new, ACCURATE, map.

So, armed with a more faithful topographical depiction, let's review where we be, and what we be drinking!

Ray Ransom: Family is in town. My cousins are a Washington D.C. power couple by way of Northwestern and Indiana, so we have a good ol' B1G Party on our hands! We'll be at the homestead in Morristown, NJ, grilling, drinking, watching Rutgers dominate Howard, and the Michigans do some fine work repping the conference. I refuse to let summer go, so I've mandated that everyone will drink a few Coronas (with 2 limes, for extra flavor country). However, the feature beer for kickoff will be Jersey's own River Horse Special Ale, an American Amber. Very smooth, some malty sweet notes, and it's the right color! Go Red Team! 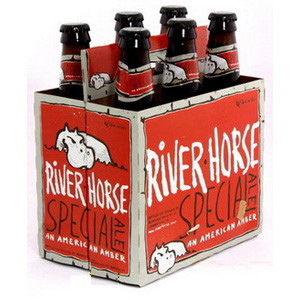 Brian Gillis: I'll be in Pac-12 country this weekend ... but not at that game. I'll be in Palo Alto, watching USC battle Stanford on the Farm. After that it's off to watch Michigan (hopefully) end the Notre Dame series on a good note.

Candystripes for Breakfast: As Indiana has somehow earned the (coveted?) week 2 bye, I will probably just be at home watching not watching football and chatting in the open thread. My choice of drink will either be the ever-popular Vanilla Coke (now that I have them again) or possibly a good old-fashioned stand-by, Yoo-hoo! As for what I won't be drinking this week, I turn it over to the rest of the staff (or possibly LPW) to come up with that.

Jesse Collins: I'll be getting down in Lincoln this weekend to watch Nebraska eviscerate McNeese State. From there? Well, not sure yet, but it'll probably involve food and more football.

babaoreally: I'll be at a curling tournament in Bowling Green, Ohio. I hope Purdue can manage a win without me watching, but if they can't at least I didn't have to watch them lose. I shall be drinking whatever they have at the curling place, probably Bud heavy or something.Curling eh? Screnshot or it didn't happen.

GoAUpher: On my couch with a borrowed BTN2Go login. Why the change of venue? First, the BW3 bartender got me sick with whatever cold he was coming off of and I shant be returning to that establishment. Second, thanks to the Iowa game I found that my internet is high quality and doesn't hate BTN2Go (even if my provider's accounting bots do). Free beer and better bourbons FTW! I'll likely break into some Three Floyds, probably Alpha King and I could see me taking a few sips of a barrel proof bourbon in celebration.

As per my earlier email, you really need to stop licking people. Try handshakes. Or fist bumps (science approved!).

MNWildcat: I'm taking my talents to Evanston yet again. Drink of choice this week? THE GIN BUCKET. A personal favorite of mine, the GIN BUCKET represents all that is right with the world: gin, lemon-limey goodness, and service via turkey baster. I'm sure some NUMBAlums will go with beers and NIU-themed shots of their choice as well, but Saturday is GIN BUCKET day. Baygs and assorted red solo cup games will be played as well, as we drink to steel ourselves for disappointment.

I want to hang out with you guys.

GoForThree: Since OSU is playing a night game, I'll have to pace myself. It's also the season opener for the Sons of Slum & Gravy, the Army football team. Nothing makes me drink like Army football. Nothing. Except maybe the B1G championship game. At any rate, I will be firmly planted on my new Restoration Hardware couch (be jealous, suburban wives) at bucolic Fort Leavenworth. In light of the need to be conscious for the evening kickoff, I'll be enjoying Freska. Freska is a glorious mix of America's favorite no-calorie citrus beverage Fresca with vodka. The vodka will not be expensive (see preceding remarks, re: new couch). Bottoms up, friends.

I found that more clever than I should have. Bravo.

Hilary Lee: I'll be in Chicago drinking High Life in my apartment in the morning. In the afternoon, I'll be at the Hideout for the A.V. Club Block Party...... which means lots of streaming of BTN2Go on my phone in between acts.

Living the high life! Rock on!

Green Akers: I will be at my home in Midtown Detroit, soaking in the twin joys of the annual neighborhood block party and a Spartan victory over the Swans or whatever waterfowl we're playing this week. May or may not be obtaining a half-barrel from Motor City Brewing Works to attract a crowd.

Mike Jones: At the game in Iowa City. My friend is driving so I'm going to 4LOKO it the entire way up there. I will then attempt to smuggle in a 40 of Olde. Mi nombre es Mike. Yo soy fiesta.

C.E. Bell: Heading to Evanston to watch Northwestern win by multiple touchdowns over NIU now that no one believes in them (and I'm dead serious -- NU will win by multiple touchdowns). We're having a hot dog bar at the tailgate (hot dogs and every fixing imaginable, except ketchup because we're CHICAGO'S BIG TEN TEAM and ketchup belongs nowhere near Chicago hot dogs), and I'll probably be drinking some Daisy Cutter.

Jonathan Franz: Hosting a bunch of friends at the barn in Pasadena for Ohio State/Virginia Tech. We're doing a New England-style clambake with homemade strawberry shortcake and lots of Sam Adams Octoberfest. Hopefully, it won't be the closest Big Ten football gets to the Rose Bowl this season.

DJ Carver: Working :( Drinking and watching sportscenter recaps at 1am when I get home.

Aaron Yorke: I'm going to be working in NYC. Probably going to be drinking more coffee than beer. Go Sparty!

So there you have it! This gaggle of ne'er do wells and deviants have dispersed across the country to spread the B1G Gospel and now you know WWB&WWBD. Definitely let us know where you be and what you be drinking in the comments (and if its something we should be drinking!).