OTE's Players of the Week: James, Ott, and Foltz

Looking into the tire fire that was week 2, we found a few glowing embers.

Share All sharing options for: OTE's Players of the Week: James, Ott, and Foltz

We can all agree that week 2 didn't go the way we had hoped. There were however, a few great performances across a league brimming with talent, if not marquee wins. 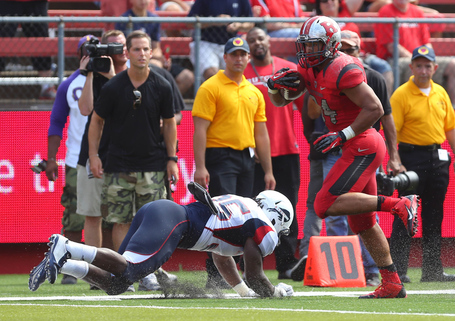 We all knew that James could run it, but this week we found out he's got some great hands out of the backfield and a second gear that nobody saw coming. We're talking Auburn Ball Boy speed here, people!

While the opponent in Howard was overmatched on a hot, humid day, any time a running back can go for 100+ yards receiving and 150+ yards overall in less than two quarters, you know something is clicking. Through six quarters of play, James has 316 all-purpose yards and six touchdowns, showing versatility that has been an absolute revelation in the first year of Ralph Friedgen's pro-style offense.

The challenge at hand for James? Replicating that kind of success against stiffer competition in the coming weeks, including the biggest game in a long time on the banks this Saturday against the team from Pennsylvania.

For more on Jame's game-breaking 69-yard catch and run, check out Knight's Charge: Nova & James Break Through the Line on OTE buddy site On The Banks. 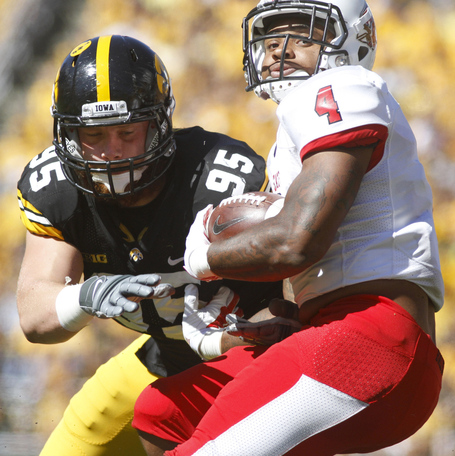 While most of the post-game news was focused on Iowa's offensive struggles, not enough credit was given to a dominant defensive performance that only allowed 219 yards to Ball State. The Cardinals struggled mightily running the ball, only gaining 90 yards on 36 carries. The whole defensive line had a nice day but it was Drew Ott who had the strongest impact. Ott finished the day with 13 tackles (6 solo) and came up with the biggest defensive play of the day: a sack on Ball State QB Ozzie Mann which forced a fumble that was recovered by Carl Davis, sealing Iowa's 17-13 victory. 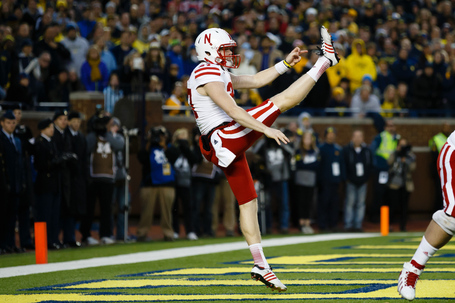 Look, there are very few great takeaways from the Nebraska-McNeese State game. I know that, you all know that, etc. However, I would be remiss to point out Sam Foltz showing everyone why he is Punt God right now. When Nebraska decided that they would just stop, you know, moving the ball forward for more than two plays in a row, Foltz kept the Cowboys pinned deep. 6 Punts, 51 yard average, 4 inside the 20, 3 of those 4 inside the 10, and a huge 60+ yard punt. People will probably try and throw a returner or something at me, but Foltz was the man this week and deserves the praise. He kept the Huskers in the game. And no, I do not have cool Foltz GIFs because that's just not a thing.