It's time to get the hat back, dammit!

It's HATE WEEK dammit, and the Fighting (Interim) Illini, led by interim head coach Bill Cubit, takes a 5-6 team with a 2-5 conference record into Soldier Field against the Wildcats with bowl eligibility on the line.

I really like the Soldier Field part. Most Illinois students are from Chicago and the surrounding suburbs, so they don't have to trudge down to Chambana to see this game. I don't have to travel far either. Also, if the Illinois athletic department wants to tick off the bars, restaurants and hotels in their hometown by giving up a home game, they can be my guest.

Clayton Thorson leads the lowest rated passing offense in the Big Ten, so Northwestern's game plan will be to hand the ball off to Justin Jackson, Warren Long and others as much as possible with some passes that hopefully should work. I'm optimistic that Thorson can have a good day against the Illini.

Wes Lunt leads the Big Ten in completions per game and ranks fourth in yards passing per game. Northwestern's defensive backfield could have their hands full dealing with him.

TLDR: Throw everything out the window for a rivalry game.

What I predict will happen: 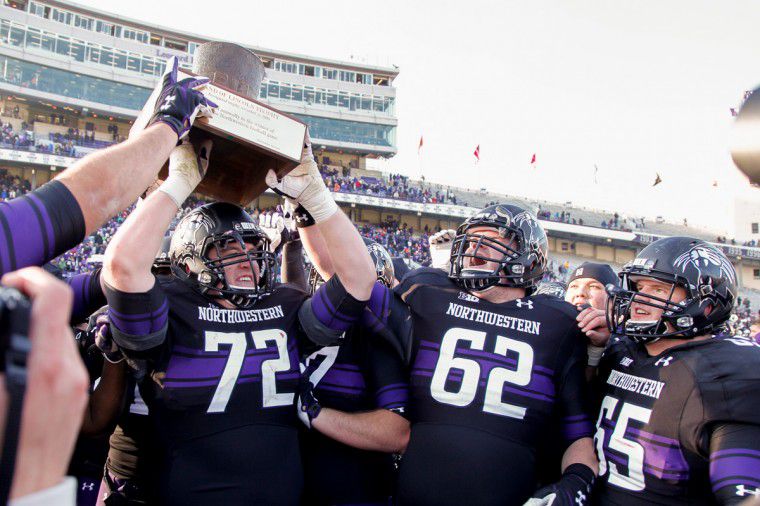