Greetings once again from the OTE kitchens, fair citizens of the B1G. This week is a special one for pie lovers. Your loyal and steadfast staff of "writers" has leveraged the power of our ever-expanding network to bring you a live pie review.

Chicago is experiencing a bit of a pie renaissance these days. Leading the wayward masses back to the warm bosom of pie are three excellent north-side-ish bakeries:

(Note: the "writer" has no affiliation with any of these bakeries)

Hoosier Mama Pie Company opened in 2009. Owner Paula Haney has enjoyed great success in her quest to bring true diner-style pie back to the average palate. She even has a book of pie recipes for sale on Amazon. In honor of Northwestern Week, LincolnParkWIldcat (one of our 17 Northwestern writers) trekked across the Windy City to Hoosier Mama for a slice of apple goodness. This remarkable journey of a few el-train stops marks the first collaborative field assignment in OTE history (note: I have no way of verifying this claim). 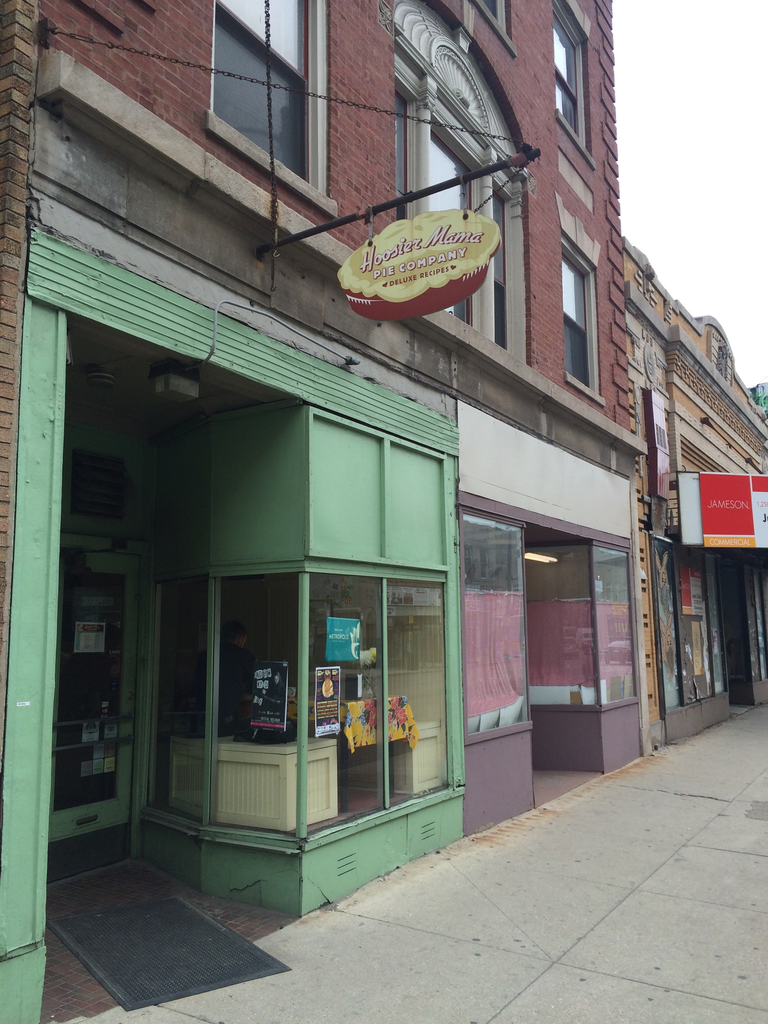 From our intrepid reporter: "Excellent pie, more whipped cream than I expected, and a thick crust that took more force to cut through than the pies i'm used to. Highly recommended place to visit, and limited space inside for eating in. You need to use Chicago's expensive parking meters if you drive, so take the Chicago Ave bus instead if you can." 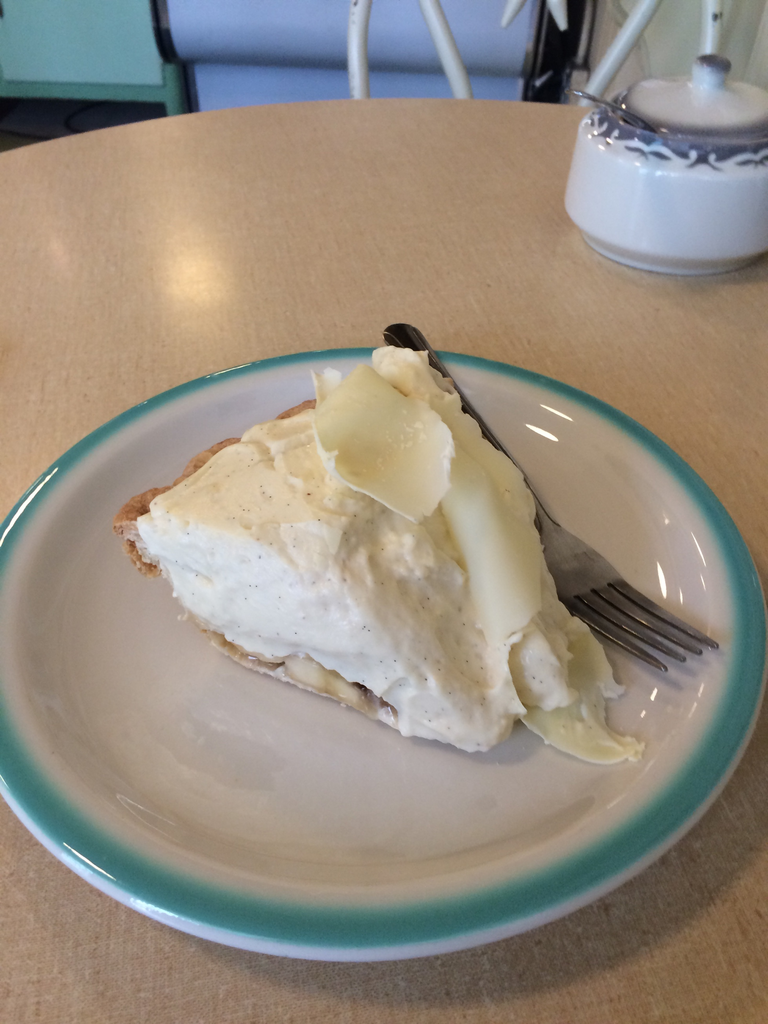 You heard it from the man on the ground. If you're lucky enough to find yourself in America's Second City to watch your team clown Northwestern this fall, budget some time in for a trip to Hoosier Mama, or the other two pie shops. Or all three. Why not? Your team's about to win (unless of course you're LPW...)

The best part of all is that Hoosier Mama has opened an Evanston location, so you can get your pie fix within spitting distance of The Tarp. 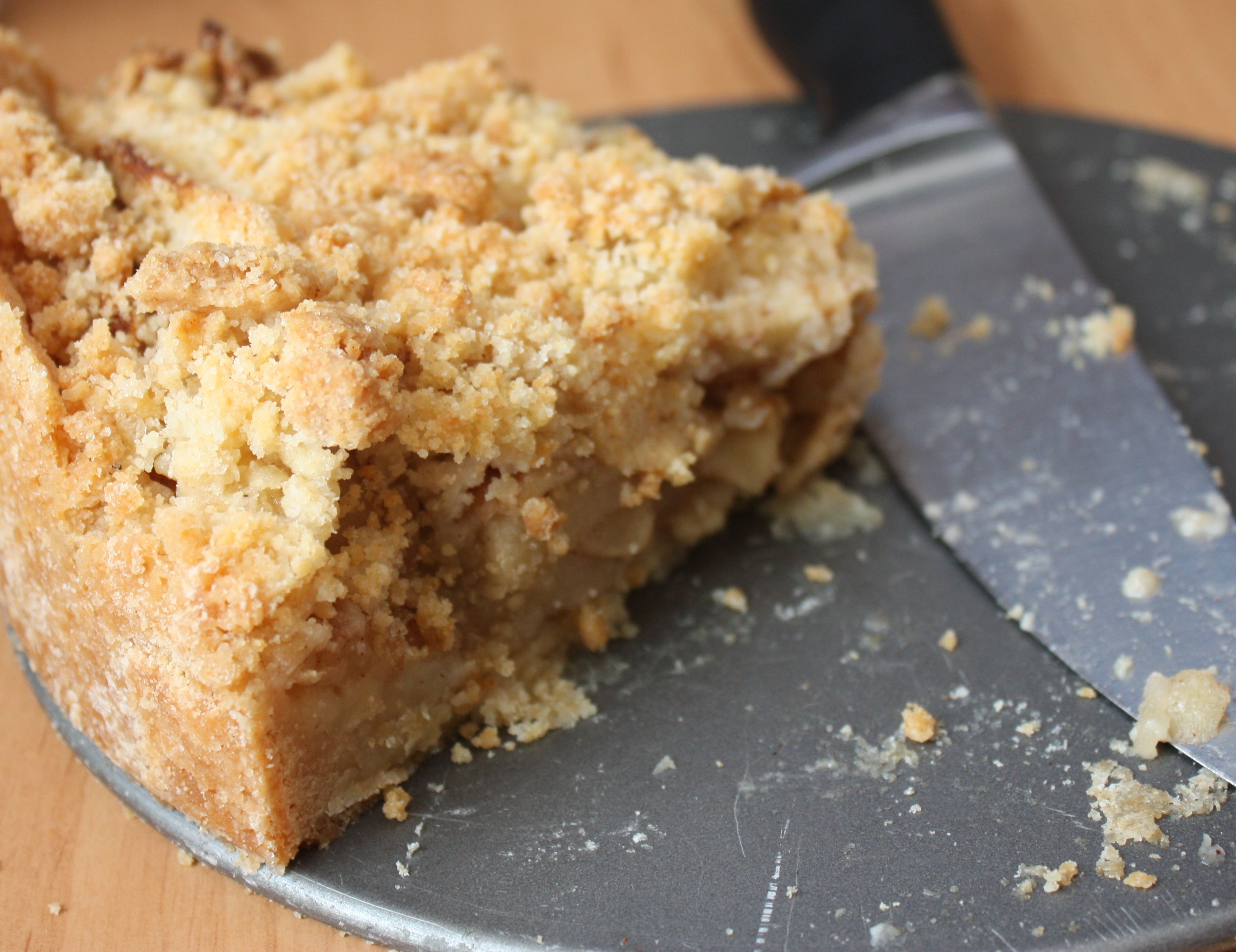 Chicago is home to one of the largest Polish populations of any major American city. Almost a quarter-million Polish descendants call Chicagoland home. Only New York City boasts a numerically larger population of Poles, though Poles are a much bigger part of Chicago. Polish-Americans comprise almost 8% of the population in Chicago vs. about 3% for NYC. In keeping with Chicago's rich history of Polish ancestry and LPW's choice of an American classic, we're going to make szarlotka.

Pronounced shar-lot-ka, this classic Polish dessert is similar to apple pie in that there's no one definitive style or recipe. Just as some American apple pies are very sweet while others are tart, or some have a top crust while others sport a streusel top, szarlotka is a highly variable pie. If your'e Polish, your definition of szarlotka was probably formed by your mother or grandmother's interpretation of the dish.

Variations aside, szarlotka is different from American apple pie in three notable respects:

The result is that szarlotka verges on being the delightful lovechild of a cake and a tart. The crust is more breadlike due to the baking powder and butter. Remember the vinegar in our last pie crust? It provided the acidity we needed to prevent gluten from forming. This time, we'll let our little protein friend do its thing. Also note that the only sugars in the filling come from the apples themselves. If you find pies to be overly sweet, this is right up your alley. Let's make a delicious little baby...

Step the First: Mix flour, sugar, and baking powder in a bowl. A good whisking takes care of that.

Step the Second: Cut in the butter using any of the techniques we discussed last week. If you still don't own a pastry cutter, head on over to Amazon, because this will take awhile. You want the mix to resemble real coarse meal, or damp, chunky sand. This is a good task for your food processor.

Step the Third: Mix in the egg and egg yolk. Refrigerate for about an hour in plastic wrap.

Step the Fourth: Remove the crust from the fridge and reserve about 1/3 of it. Press the rest into a glass or metal pie dish. You can also use a springform cake pan if you want to make it prettier presentation (this is a good option for a church social or a brunch or whatever you decent folk do). Note that we're pressing and not rolling it out. Use your fingers, and aim for an even crust all the way around. Rolling would create flaky layers in the crust. We're aiming for that cake-like, biscuity texture.

Step the Fifth: Slice up your apples. It's important to slice them into thin pieces. Nothing messes up a good pie like a big, half-cooked chunk of apple. My technique is to peel and core the apple, cut it in half, and slice it flat-side-down. Aim for slices no more than 1/8" thick. You'll invariably end up with some thicker ones, but that's a good goal. Once you've sliced them up, toss them in the cinnamon.

Step the Sixth: Pour the apples into the crust. Now take the 1/3 of the crust you reserved and crumble it on top like a streusel. This will yield a nice crunchy top.

Top with real whipped cream (or not) and enjoy! If you find that it's a bit tart for your dessert tastes, try adding 1-3 Tbsp of honey to the apple mix.

A few notes on your apple choice.

Apple pies in America typically rely on very tart apples, such as Granny Smith. That's because they play well with the good amount of sugar we like to add, and because they don't turn mealy or grainy when cooked. That said, don't limit yourself. Try some different apples. Here's a quick list of apples for baking.

Golden Delicious: Crisp and sweet, which some many prefer in a tart-like dessert such as szarlotka.

MacIntosh: Sweet, and bakes up very soft without turning mealy.

Melrose: The state apple of Ohio, this hybrid is a great all-arounder and gives a very classic "apple" flavor to a pie.

Braeburn: A spicy-sweet apple that tends to hold its shape well while baking, so it provides flavor and bulk to your filling.

Cortland: A favorite of a longtime OTE-er, the Cortland is a crisp, tart apple with a snow-white flesh that tends to keep its color when cooked. Don't be shocked to see a lighter filling.

Red Delicious: Never ever. Period. The apple equivalent of the Ford Pinto.

The best bet is to buy as many of these varieties as you like, and mix them all into your filling. Your pie will be more complex in flavor and texture, and nobody complains about that.