With the conference tournaments in the books for the last few spring sports, the 2014-2015 B1G All-Sport Standings (B1GASS) are complete. But it's not enough to simply observe the final, complete data set and move on. The B1G All-Sport Standings incorporate the entire year's worth of work from every student and staff member of every sport at every school in the conference. That's a big deal, and winners deserve to be recognized.

That's why I'm proud to present to you the inaugural B1GASS Cup! 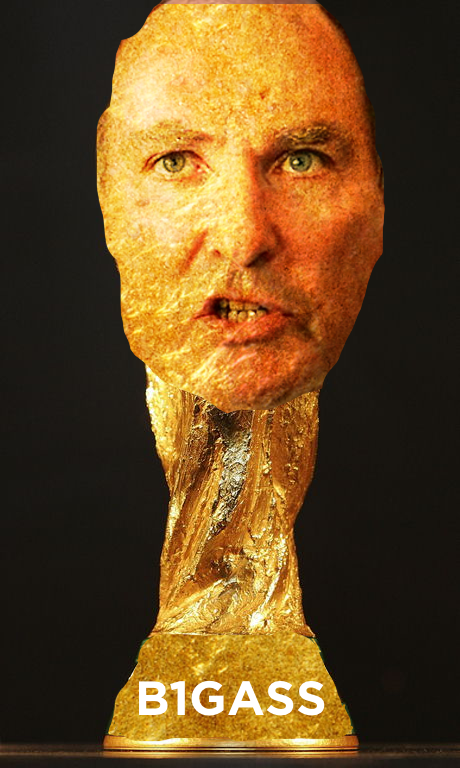 As a refresher, these standings are my attempt to quantify the performance of each Big Ten school against each other across all sports. Methodology is described in the original post here. Most recent B1GASS update is here.

To present an even broader picture of the relative success of the various athletic departments than I did in the last post, I included both a B1G and a national championship count. A couple of notes about the championship figures:

Based on these results, the 2014-2015 BIGASS Cup Champion has been determined. Let's head down to the field for the trophy presentation. 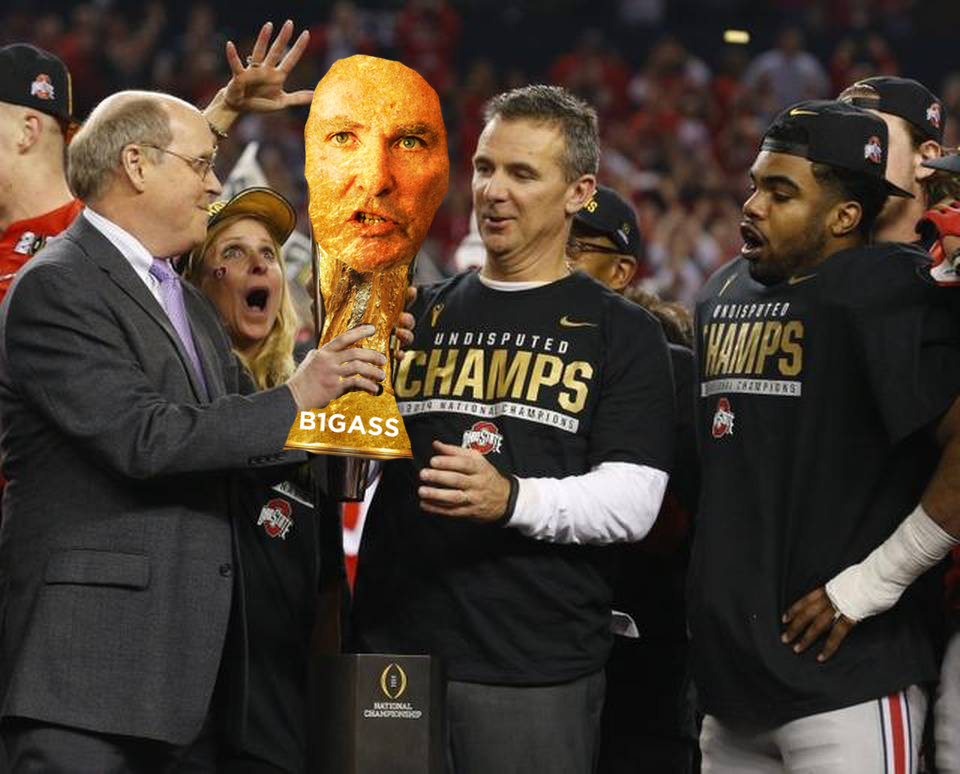 THE Ohio State Buckeyes, as God and Woody intended! 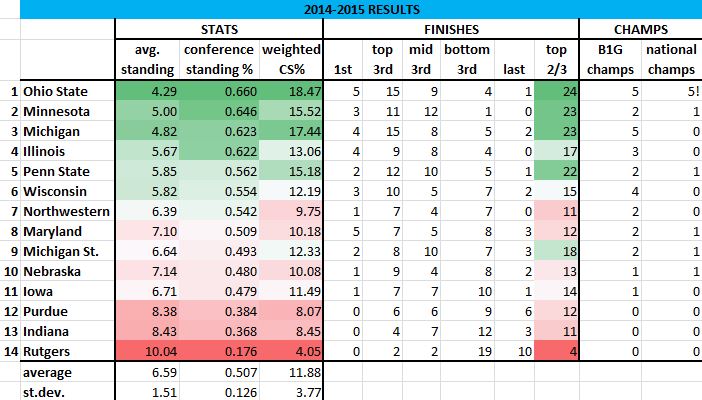 Never having really paid too much attention to which schools were traditionally good or not good at the non-revenue sports, I came into this with the idea that Indiana is, typically, good. Whether or not that's usually the case, the fact is that this year they sucked pretty hard, because Purdue finished in last place 6 times (no one else, save Rutgers, was last more than 3 times) and STILL finished ahead of the Hoosiers.

Purdue... yeah, this is about what I expected out of Big Ten Welfare Queen Purdue, the founding member of the conference that STILL has fewer conference titles than U. Chicago (who left 70 year ago) because they're content to sit on their couch rehabbing their ACLs and cashing BTN checks. At least make it look like you're trying, guys.

The line between Tiers 1 and 2 is somewhat blurry, but with the relatively large gap between #4 Illinois and #5 Penn State, and less than .100 CS% separating #5 Penn State and #11 Iowa, I felt it was a good place to make the cut. Similar to Indiana, I had a perception that Nebraska athletics were consistently strong across the board, so we'll see if this is a one-time down year for them or if five years in they just haven't adjusted to that Bee-One-Gee Speed. Also, congrats to Maryland for coming in and instantly inserting themselves into the middle of the pack.

Looking at the teams in Tier 2, I realized how much I let a school's success in football and men's basketball influence my perception of their athletic department as a whole--I was very surprised to see Michigan State so close to the bottom and Northwestern so close to the top.

Illinois does apparently have SOME nice things, as they performed well enough to claim #4. Illinois, if you do actually know how to compete, as it appears, then why can't you do it in the sports that matter? Michigan, as you would expect, had strong showings across the board. And thanks to having only one out of twenty-four teams finish in the bottom third of the conference all year (let that sink in for a minute), Minnesota takes second place. As for Ohio State, very few things DIDN'T go right for the Buckeyes this season, which we'll get to in a moment.

Now, one order of business before we dive into the data...

Ever since the Big Ten expanded to beyond ten members, we've squabbled about which program or programs were the "little" ones not counted in the name. For the first time, we have a full year's worth of statistics to help us draw the line between the Big Ten's Big Ten... and the glorified MAC-level dead weight called the Little Four.
There will be no surprise that we find Indiana, Purdue and Buttgers Rutgers as three of these four (Rutgers by what is likely a historically bad all-sports performance in the conference). Entering May, Nebraska surprisingly occupied that fourth spot, but thanks to strong showings at the very end from softball and men's and women's outdoor track, the Huskers escaped the Little Four by the absolute slimmest of margins, .001 points. As a result of the Huskers' late heroics, we find Iowa joining these three at the bottom. Ladies and gentlemen, your 2014-2015 Little Four are Iowa, Purdue, Indiana and Rutgers! Congrats to the Hawkeyes, Boilermakers, Hoosiers and Knights! You've earned it! Go cash those BTN checks and get yourselves something nice, like a football coach buyout or lights in your stadium or an actual athletic department or heck, I don't know, I'm just guessing what kind of consolation prize a small failing athletic program may need because Ohio State has no idea what that's like.

This is unrelated to the B1GASS Cup, but let's take a minute while we're covering every sport at every school in the conference and give credit where credit is due: six Big Ten schools combined to bring home a conference record TEN national championships this year, beating the previous high of nine set in 1999-2000. B1GASS Bonus Points (redeemable for nothing) awarded to the following title-winning programs:

And finally, to bring the 2014-2015 B1GASS Cup to a close, the one question that matters during Rutgers Week here on OTE: