We officially have one week of college football in the books, and the Big Ten is about as settled as it was a week ago. That is, we know one team is really good, another is sort of good, and then there's a lot of huddled whatever in the middle. Oh, and that one really good team - Ohio State - is so good that when I re-watched their game, all I could think is that this seems like me playing NCAA Football on Junior Varsity against all of the easiest opponents in the world. I'm still not convinced the Buckeyes are running the table, but they have about as good a chance as anyone.

That in mind, I figured I would go on the video game theme and steal one of SpartanHT's ideas from last week. In honor of Urban Meyer playing the game of football like a video game, I decided to compare this week's B1G teams to Mario characters. Which Mario characters you may ask? Well, all of them. Simply put, I kind of thought about all of the games I've played - of which there are many - and took some of my favorites.

As to the poll itself, we had 15 voters again, and InsertName was also kind enough to put together some graphs for me so you can all follow along each week visually. Oh, and we're going to have a progression chart for ordinal rankings so everybody can see where their team has been and where it's going. Or at least that's how I see that going in my brain.

All that in mind, let's get to it. Points are figured as 14 points for a first place vote, 13 for a second, and so on. As discussed, there were 15 voters, and yes, I do get to vote. I've added a distribution chart below each team to give you a sense of how things were divided. Those beauties were made by our buddy InsertName. Go check out all the graphs he gave me to look over and play with this week.  Cool? Cool. Let's eat some shrooms and get like, twice as tall. 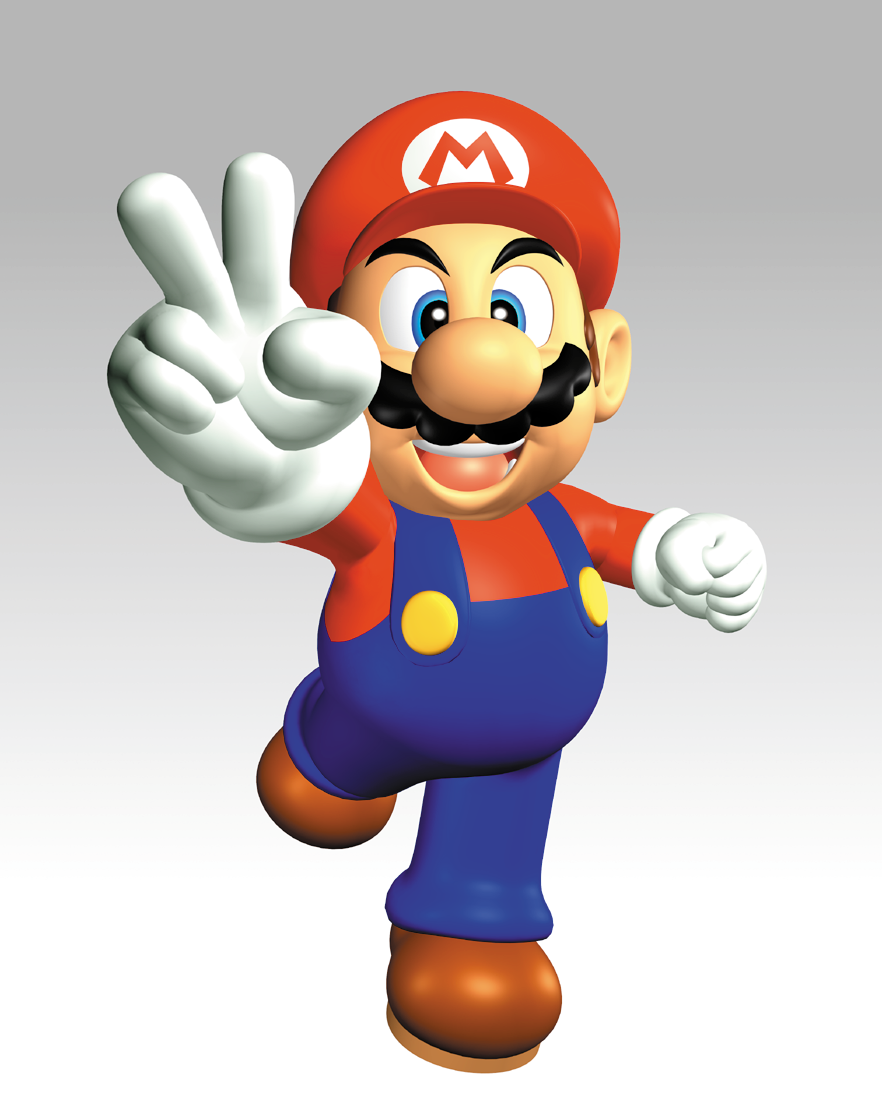 You're the hero right now, and no matter how you get dressed up, it seems like you have answers. Mushroom Mario? That would be Braxton Miller moving to WR or whatever it is he is doing and making people look silly. Flower Power Mario? Cardale Jones firing the ball to a randomly open receiver while falling down. Feather Mario? How about Ezekiel Elliott being underused and still breaking 100 yards rushing. Raccoon Mario? That would be J.T. Barrett being the odd man out, coming in late in the game, and still making people look ridiculous as he runs and passes at will. This is a video game style offense with missing pieces due to suspensions and they look to decimate all challengers this season. Look, you're both green, you both sometimes breathe fire, and you both have hidden weaknesses that are just waiting to be exploited by another player. I like you, and I think there is a lot of talent, but after that Western Michigan game, I can't help but think that perhaps you might be better on paper than you are in reality. Then again, you're also still the second most powerful team in the league, and it helps that the offense looked to be clicking at a good rate. We'll see if Narduzzi was the fireball that kept you going or if Coach Dantonio was making it happen all along. You know, considering how close you've been to greatness over the years, it feels like this just doesn't do you enough justice... and then you remember that you aren't quite in the same class as Mario, and you don't strike fear in your opponent's heart quite like Bowser. Or, another way to look at things. Sure, Joel Stave doesn't have the same cache as say, any of the Ohio State QBs or Connor Cook, but they're also not getting controlled by Player 2 who might also not be quite as seasoned as Player 1. At least, that's what we're saying when we give lives back to Luigi so we can keep everyone engaged. I don't know, this list gets sketchy from here. Basically, we have no idea how useful or good you are, but you're likable. I can get behind likable. There's a huge backstory to how you got here, and maybe under the right circumstances you can become the main character in your own story, but most likely you'll be that also ran that Mario sort of used to get to things he wanted. I'd also say your offense laid an egg, but so did a lot of other teams, and those Yoshi eggs were positive things in the game, so... yeah. Depending on the game, you sure can jump. I'm still not convinced that you're the fifth best character, or team, in this world, but the voters have spoken. All that said, you defeated those smart kids from out West, and now you're declaring that you don't need anybody else to save you. Sure, it sometimes seems like the other players are more important, but we all know you have a lot of say in how things should work. You know, that or you're going to be one of those important side players in those one-off games. Like Tennis. Princess was always good in tennis. Honestly, I have no idea what to think of Princess Toadstool and that about sums up what I think about Northwestern after a week. So much potential, quite a bit of hype coming in, and a lot of 'meh' feelings when it was all said and done. After watching victory slip out of your clutches by a last second pass, it seems like you don't really have an identity. Oh, and just like Wario, you're kind of the slower, less cool, inverse of Mario. You know, a lot of the same history without any of the recent success. On the bright side, you can keep telling yourself you're a major character and will ascend to the top again soon. I'm just guessing it's not happening as fast as you'd like to believe. Look at you Mr. Bossman. Just like that crazy Super Mario Bros. 2 boss, you seem to be firing all sorts of different things at the audience. Seriously, though, I'm not sure anyone expected you to handle Illinois State as well as you did, but you showed the world that if you bring in a B-level player, you can hold your own. Unfortunately, the better characters will also come to town sooner or later. Better enjoy the wins while you can get them. Another one of those happens this weekend. You know how sometimes Mario would jump on a Koopa Troopa, it would die, but the shell would just chill there upside down and you'd be like, "I'll leave that there and come back so I can do something useful with it." Only, instead of coming back, it eventually sprouted legs and killed you? That's how I think about what Rutgers did to Norfolk State after getting essentially stepped on and left to die last week. Sure, we all knew Norfolk State was bad, but the effort was impressive. Can you keep it up? Well, probably not. The competition will get better and that defense will eventually be exploited. But, for one week you were amazing. A minor character with lots of history? Yep, that about sums it up right now for Michigan. While you can definitely say that you played about as well as anyone could have asked for on the road with a new coach, QB, and overall system, it can also be argued that you were never really in that game. At least not with Jake Rudock throwing picks left and right. Almost more damning was the overthrown passes that would have been easy scores. Oh, and sadly, that was the best part of your offense. Basically you were Super Mario Bros. 2 Toad. You are fast, strong, and one dimensional, thus making you sort of worthless in comparison to your counterparts. The good? You're a winner. You can take people out, and you proved it against the mighty Spiders of Richmond. Will Likely broke the Punt Return yards record for the conference, and you showed that you aren't quite a complete mess, but you also are basically a walking bomb. Oh, and not basically, you're literally a walking bomb. You will explode, that will be the end of it, and it will probably be in the form of bad QB play because that side of the ball is still not so great. Better competition is going to make you explode. This is partly because I wanted to feature Iggy Koopa who is legitimately one of my favorite bad guys, and partly because I felt like Illinois deserved a boss after beating the tar out of the Kent State Golden Flashes on Saturday. Despite being a mess of a team, it feels like Illinois might be better off with Coach Cubit as a mad genius who puts together crazy contraptions - and playsets - that will fool opponents. He - and Illinois - always get defeated in the end, but it's fun to watch and hey, credit where credit is due, the Illini looked great last week. Basically, what I'm trying to say here is that I think you're kind of a friendly looking ghost that can only beat you if you turn your back and ignore it existing. Seriously, a lot of us at OTE want this to be the year of the Hoosiers being the third-ish best team from the B1G East. Almost losing to Southern Illinois is not a great place to start that campaign. You need to be better on defense. In a world where we keep saying, "but yeah, it can't get any worse," the reality that there is always a further floor is frightening. You sound scary, you probably would convince quite a few casual fans that you're an indestructible force, and then when the game is played, everyone just runs around you or sets you on fire. I'm not even sure what the long fix is here, but there are so many systemic problems on offense. The defense is going to be good, but it will be another wasted year for the Lions. Look at it this way, getting stomped on is what you're here for, right? Like, losing to the Marshall Thundering Herd was just part of an elaborate plot to continually make MSULAXer right. Sure, that's it. I don't really even have nice things to say. This is just a bad team right now, and the future doesn't necessarily look like it can get here fast enough. Quick disclaimer. Super Mario World and all of its characters and such are owned by Nintendo. I think you all know that, but in the interest of what we do here, I'm just throwing that out there. I'm sure they don't mind me comparing Midwestern football teams to their characters, but you never know... Oh, and if you're one of those people who are like, "I've never even played a Mario game" then you should stop what you're doing and go do that.