Maryland has already started renovating Cole Field House. What is next?

Share All sharing options for: B1G 2016 // What should Maryland do with the Big Ten Money?

Soon after moving from the ACC to the Big Ten, Maryland fans started speculating what Maryland would do with its new financial windfall as they received much higher financial payouts from the Big Ten.  Their questions were partially answered as soon after the announcement came of a new, renovated Cole Field House to field the indoor football practice facility as well as a Sports Science program for students.  The down payment came from Kevin Plank as he dropped $25 million down on the project as Maryland began securing funds from other sources for the remainder of the payment.

Since then demolition has begun on the historic building as they convert it to a state of the art facility to host the athletic offices, weight room, indoor turf field as well as two outdoor turf fields where the current tennis courts reside.  Here are a few pictures of the progress so far via Testudo Times: 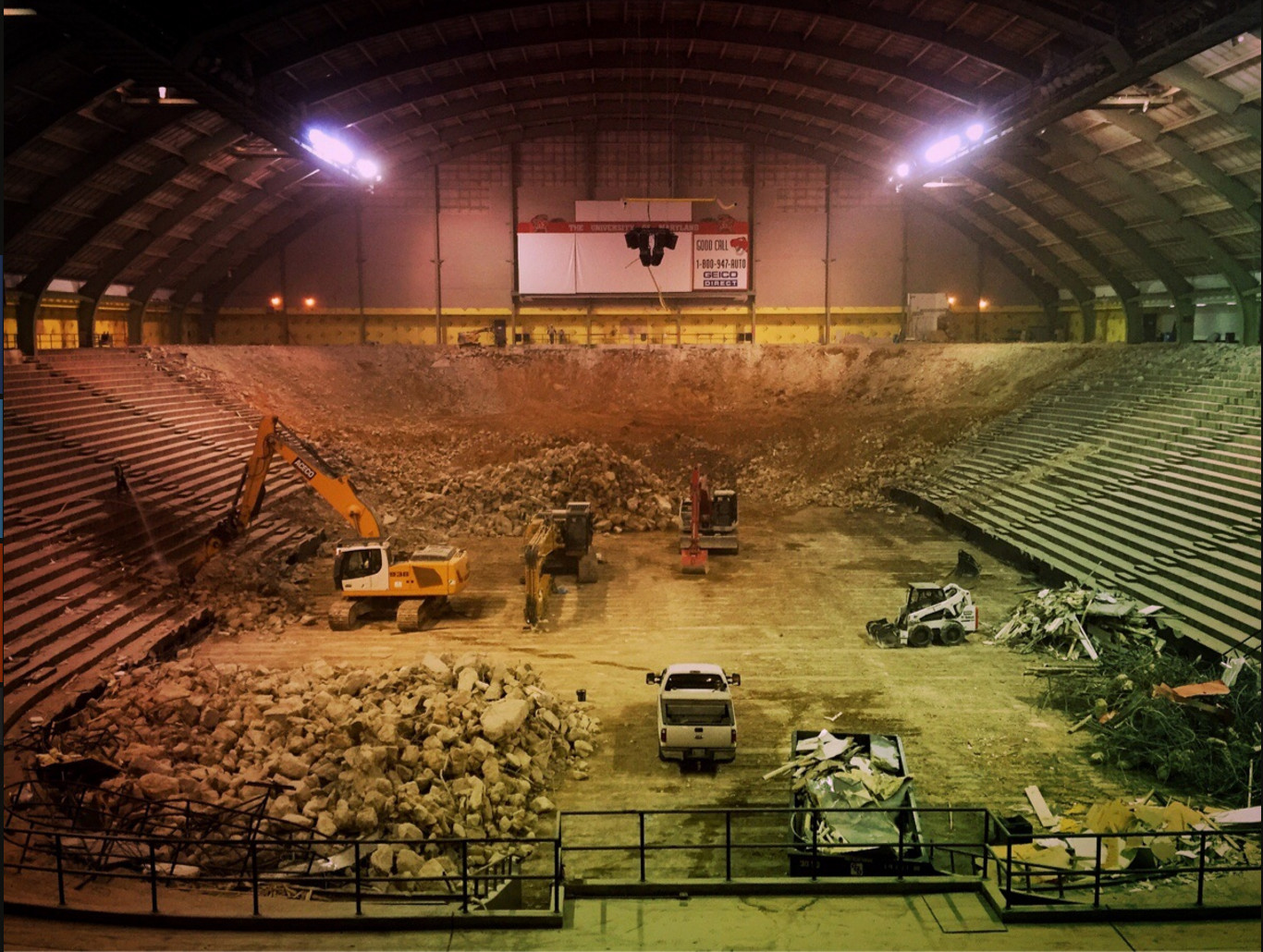 What else are they going to do with the money?

First things first they are getting their finances in order.  Cole Field House project aside, Maryland had a sizeable chunk they owed to the ACC for leaving as well as debt that was accrued under Athletic Director Debbie Yow as she bet that the early 2000's success would sustain and built the Comcast Xfinity Center as well as expanded Tyser Towers at the football stadium for additional suites and Mezzanine seating.  Needless to say it didn't, revenues floundered, Yow is gone and here we are in the Big Ten! Leaving the ACC, Maryland wasn't in a dire financial situation such as Rutgers but they did have a fluctuating deficit they were running due to the loan payments for the construction.  The additional money will go towards replenishing the rainy day fund that was diminished in order to stay afloat after construction finished.

What's next? The master plan for the Cole Complex also included a 10,000 seat soccer field where the east side of Lot 1 is currently located next to the Alumni Center and adjacent to the outdoor practice fields.  The total plan is shown here, via the Washington Post: This also appears to expand the baseball field slightly, but I am not 100% on its current dimensions but it does look to overtake the current outdoor turf practice fields located directly behind it.  My guess is that if the donation levels exceed the $90 million dollar goal that the money will start going towards fufilling the master plan of upgrading the athletic fields on Maryland's campus.

If we're going big here, a new football stadium would be great.  That would be at least ten years out and would need the current TV contract's to continue to stay at current or higher payouts.  So....that's a bit out there.  It would also mean relocating current games to a pro stadium while the current stadium is converted or taking over the golf course on east campus and doing a lot of traffic accomodating.  Probably not happening.

There are little things that need to be done as well that could make the stadium experience much better.  Maryland recently started selling beer at games as well as revamped the stadium menu, which brought in some excellent food to include the monstrous 1.5lb crab dip topped pretzel that sells out by the end of halftime in every game.  The bathrooms at the stadium are in dire need of improvements as they still feature some 50's style bathrooms for men including the troughs over urinals.  Some improved ventilation would be great too.

Maryland could also opt to remove the bench style seating that dominates the stadium and opt for a more modern (read: later than the 50s) seating utilizing stadium seats.  I feel like this is a simple request but probably low on the priority list.

At the end of the day, the real answer here is to start spending wisely and I hope everyone in the AD doesn't read wish lists.  The department needs to build up its financial position again and recover from the debt it has.  Only using $25 million dollars in athletic department money for the overall $155M project for Cole Field House was a great start and they should continue prudent financial decisions such as only going for major projects when they have donors ponying up the funding as opposed to shelling out on their own dime.  Debbie Yow got carried away with the influx of cash and Maryland needs to keep that lesson in mind now that it has put itself in a situation to be flush in funds again.