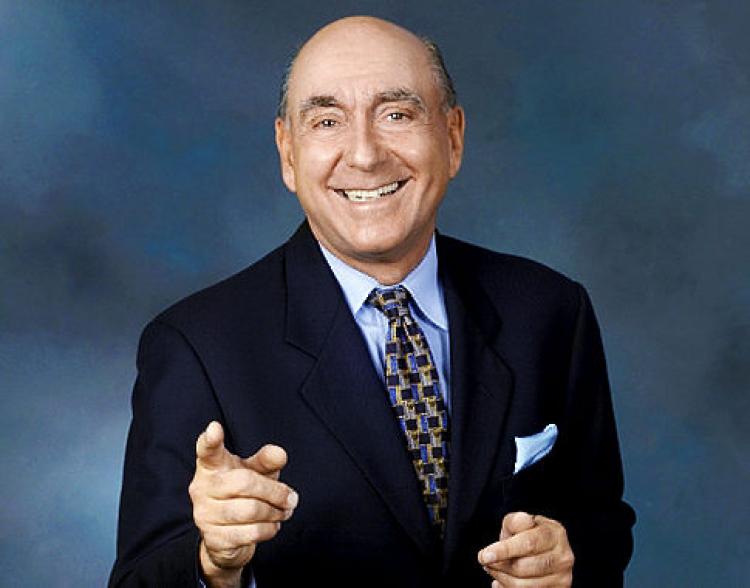 The more things change, the more they stay the same. This is true with a lot of things, including Dick Vitale's hot takes. Dickie V never met a microphone he didn't like, going all the way back to when he found his way to ESPN in the early 1980s. This isn't to say that Vitale couldn't be funny. One of his sayings that made me laugh was when he referred to a team's scrub as a member of his "All-Airport Team" - said scrub looked good at the airport, but couldn't get any PT (playing time). However as a rule of thumb; Vitale's rants, especially on Selection Sunday, were just as off-the-wall back then as they are today.

On Selection Sunday 1987 Vitale was ranting about the number of 'mid-majors' who were invited to the NCAA Tournament, over other (in his mind) more deserving teams (sound familiar?). This mindset, carrying over to the Round-of-64 games several days later, led to one of Dick Vitale's most infamous hot takes; which just happened to involve the Illinois Fighting Illini.

For 1986-87, Lou Henson (who had one of the worst toupees, that Dick Vitale referred to as the 'Lou-doo') had a talented team that was considered a dark-horse Final 4 contender. The Fighting Illini played a tough schedule, including a non-conference match-up in Chapel Hill against Dean Smith's Tar Heels (that Illinois lost) and a preseason tournament victory against Duke. Illinois finished the regular season 23-7, 13-5 in conference play; including a split with eventual National Champion Indiana. (Illinois other 4 conference losses were season sweeps by Purdue and Iowa, 3 of which came in overtime.)

The NCAA rewarded Illinois by giving them the #3 seed in the Southeast Region (now the South Region); a bracket that included #1 seed Georgetown and #2 seed Alabama. The Fighting Illini's first-round opponent was Austin Peay, a #14 seed mid-major. Almost as if he was doubling-down on Dick Vitale's mid-major rant, Lou Henson wasn't very worried about facing off against the Austin Peay Governors, being quoted as saying in reference to the first-round game, 'Who do we play next?' 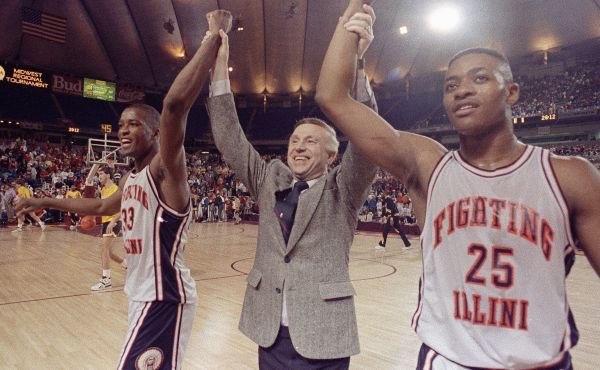 Henson was probably relieved that his Fighting Illini wouldn't be facing the gauntlet they did just 3 years earlier, having to play Kentucky in the Mideast Regional (now South Regional) finals at Rupp Arena; the last time a team was allowed to play NCAA Tournament Sweet 16/Elite 8 games on their home court (and after beating Lefty Driesell's ACC Tournament Champion Maryland team in the Sweet 16).

Keep in mind that this was a time of great change for the NCAA Tournament. Just 2 years prior the field was expanded to 64 teams, eliminating first-round byes that the top seeds enjoyed. The prior year, 1986, introduced the 45-second shot clock bringing a well-deserved death to stall-ball tactics like Dean Smith's infamous 4-corners offense. And 1987 brought the 3-point line to all NCAA games; something that would factor significantly in the Big Dance.

Austin Peay was the proverbial scrappy team that relied on their quickness and outside shooting (note that 3-pointers became the norm for 1986-87) to compensate for their talent gap. The Governors finished the season strong earning themselves the Ohio Valley Tournament Championship. Thus set the stage for the Round-of-64 match-up with Illinois on March 12, 1987 in Birmingham, AL.

Austin Peay hung tough with Illinois through the first half, in no small part due to the newly-introduced 3-point shot. The Governors used their shooting and quickness to manage a 32-32 tie with Illinois at halftime in Birmingham. As ESPN was showing in-game highlights of this game (back then ESPN broadcast ALL NCAA early-round games, often on tape delay) the aforementioned Dick Vitale tempted fate. Doubling-down on his earlier rant that too many mid-majors got into the 1987 Big Dance, Vitale said on the air – while the second-half of the game was playing out and Austin Peay had the lead – that he would stand on his head if Austin Peay beat Illinois. Specifically:

"'If they win,' Vitale said, as he recalled in his book Living A Dream, 'I’ll stand on my head.'"

That sealed the deal! Austin Peay kept hitting 3-pointers (the Governors went 6-for-16 from deep, against Illinois 0-7 performance). Vitale seemed to have earned a reprieve as Illinois took a 67-66 lead with just seconds to go. However, Illinois committed a foul and Austin Peay made the free-throws (after Lou Henson called timeout to ice the free throw shooter) taking a 68-67 lead. Illinois made a last-ditch effort; however, the desperation shot clanked off the rim as the horn sounded. The Champaign News-Gazette provided a good game summary, particularly the final moments.

With this effort, Illinois earned their place on at least one Top 10 NCAA Tournament upset list, and Vitale ended up standing on his head, with a microphone at his mouth as he yapped away!

As an epilogue, Austin Peay lost in the Round-of-32 to a Providence team that went to the Final 4: led by a point guard named Billy Donovan and a 34 year old head coach who would become infamous in his own right named Rick Pitino.

Feel free to share any other (in)famous Dick Vitale hot takes in the comments below.