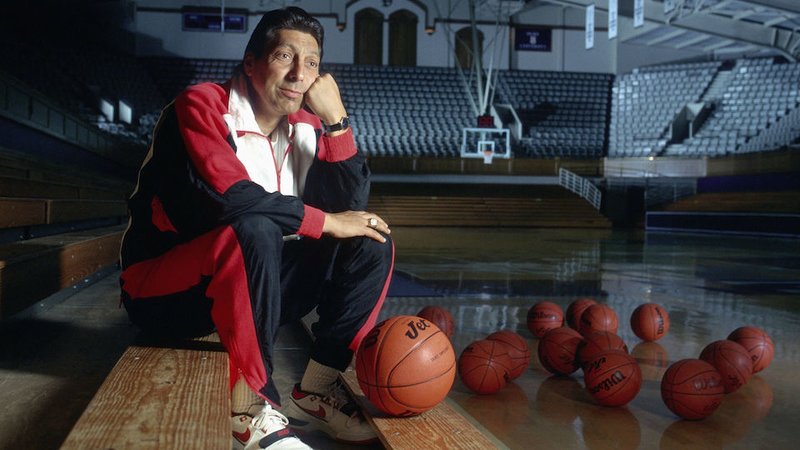 Continuing a theme from last week's Historical Perspective FanPost, the more things change, the more they stay the same. This includes jeering, booing, and saying unflattering things to opposing basketball coaches. During my student years at the University of Maryland there was a big 3 of coaches who got special 'love' from the Cole Field House student section; however, Mike Krzyzewski wasn't one of them. The big 3 were North Carolina's Dean Smith, Notre Dame's Digger Phelps, and NC State's Jim Valvano.

Valvano was a larger-than-life figure in college basketball: a born-and-bred New Yorker (from Queens), the son of a longtime high-school basketball coach, Rutgers University alum. Valvano played at Rutgers in the mid-60s, and as described by On the Banks was a member of the first Scarlet Knights team to play in the postseason (the NIT, back when only conference champions made the NCAA Tournament). 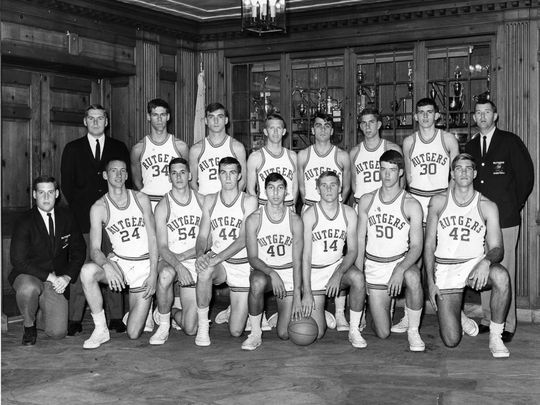 After college Valvano rose through the coaching ranks, including at Iona taking the Gaels to the NCAA Tournament (a team featuring Jeff Ruland at center, who spent many seasons in the NBA in street clothes nursing injuries, much to the chagrin of Washington Bullets fans such as moi). Jim Valvano parlayed his success at Iona into accepting the North Carolina State head coaching job in 1980; after alum and (National Championship winning) head coach Norm Sloan left for the University of Florida for committing the sin of not being Dean Smith.

Valvano was the ultimate salesman, using his New Yorker charm and charisma to win over fans and win various endorsements to supplement his $50,000 annual salary (unthinkable in today's day and age). His shining moment came in 1983 when his Wolfpack, who were 8-6 and tied for third (with Maryland) in conference play went on a winning streak that included winning games against North Carolina (ACC Tournament semi-finals), Ralph Sampson-led Virginia TWICE (ACC Tournament Finals and Elite 8), and Phi Slamma Jamma Houston (featuring Hall of Famers Clyde Drexler and Hakeem Olajuwon) in an epic National Championship game. One of the most lingering moments in all of college basketball is Jim Valvano running around the court in a dazed frenzy following Lorenzo Charles put-back dunk to seal the Wolfpack's win (beginning at the 1:50 mark of this video).

Following this Valvano became the bombastic spokesman for college basketball; becoming (among other things) buddies with ESPN's Dick Vitale (that's right, Mike Krzyzewski wasn't always Dick Vitale's favorite coach). He also became, as I described above, the target of the fans whenever the Wolfpack went on the road. I for one yelled 'Sit the fuck down, Valvano!' and 'Shut the fuck up, Valvano!' a time or 2 at Cole Field House; including a very painful last-second Maryland loss in 1988. The pinacle of Valvano's success was parlaying an NCAA Tournament victory over Temple into a guest starring appearance for himself and Dick Vitale on the uber-popular The Cosby Show.

In the late 80s there were rumblings that Valvano's NC State program may have run afoul of the NCAA. This led to Valvano's resignation as NC State Athletic Director in 1989. Vowing that he would welcome an NCAA investigation into the Wolfpack basketball program proved to be Valvano's professional downfall, as he resigned following the 1989-90 basketball season.

Following this, Valvano found his way behind the microphone working as a color commentator for ESPN. However, only months into his broadcasting tenure he met his mortal downfall, a cancer diagnosis. Valvano put up a gallant fight; finally succumbing to the disease on April 28, 1993. In his heartbreaking appearance at the 1993 ESPY awards, Valvano gave a very emtional speech – being helped to and from the podium by his one-time coaching adversary Mike Krzyzewski. The full transcript of Jim Valvano's ESPY speech can be found here. I'll close quoting Jim Valvano's words from that speech:

I thank you and God bless you all." 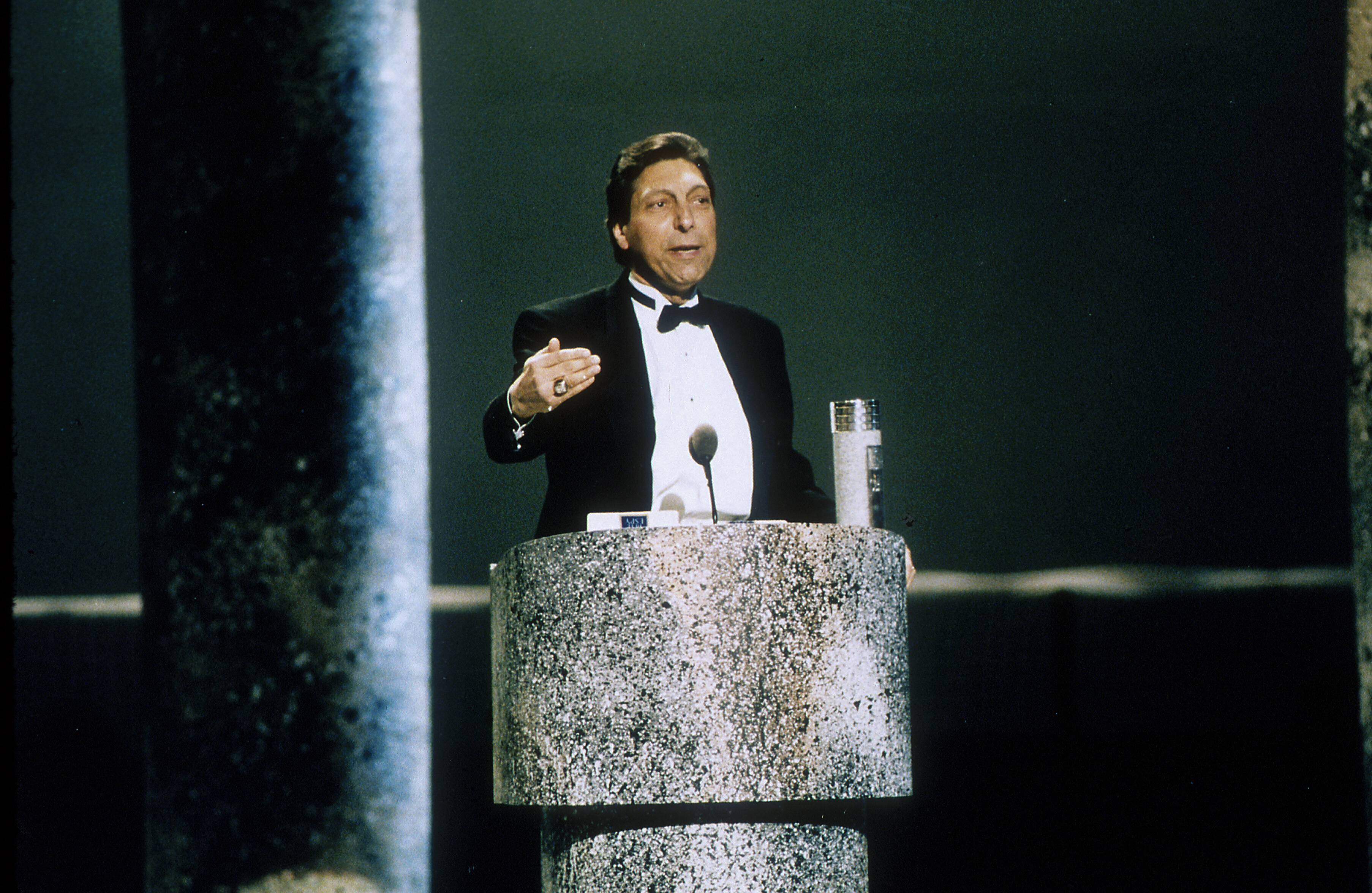 Jim Valvano at the 1993 ESPY Awards