More importantly, we rank the opponents in terms of the quality of their mascots.

It’s an exhibition game, but never mind that—basketball is here!

That’s great for some of us, like Maryland or Purdue fans with injury-riddled football teams, or like Rutgers, with...well, a basketball team that won’t be a total embarrassment. Let’s just leave it at that, huh? Shame Northwestern’s skipping this season, though.

We’ll have more devoted basketball coverage (including a raft of podcasts!) as the week goes on. In the meantime, though, today’s charity relief game between Penn State and Delaware has reminded me that it’s time to appreciate one of the things that makes college sports great—weird-ass nicknames.

We did this last year, too. I’ll just repost why I think this is so fun:

Mascots are an integral part of the pageantry of college sports [/glances at Michigan]. Whether it’s a person wearing a large nut on their head, an anthropomorphic [insert cat/bird/dog/fish here], a tree with a BAC of .157, a creep with soulless eyes and hammer who has to go door to door when he moves into a new neighborhood, or something you rescued from a trunk in your grandma’s attic before you gave it to Goodwill, the mascot gives us something to laugh at, something to cry about, and something to pedantically post about in online comment sections YES I KNOW THE TRAIN IS THE ACTUAL MASCOT OF PURDUE, NO ONE GIVES A SHIT, YOU HAVE A SEX PREDATOR MASCOT SHUT UP.

Anyways. Where was I? Oh yes, mascots.

Not every school, you see, is as lucky as most of us in the Big Ten to have the historical editorial cartoons, journalists’ accounts of 1920s football games, or state symbols to draw on for their mascot. No, many of our friends in the lower reaches of college athletics have to rely on whatever passed for a creative department* when their schools added athletics programs in the 1950s and decided they needed a mascot to go with it.

*A note: Some schools, like UW-Eau Claire, will take mascots like “Blugolds” and let the myth-making of college campuses run amok. I neither know nor care how Blugolds originally came about; instead, I prefer the story my AP US History teacher, a UWEC grad, taught us about a kid with the surname “Gold” passing out stone cold drunk under the Chippewa River bridge on a cold night and being discovered the next morning, alive but rigor mortis-looking in the face, prompting another to shout “Hey! Look at Blue Gold!” Some stories don’t need to be corrected. 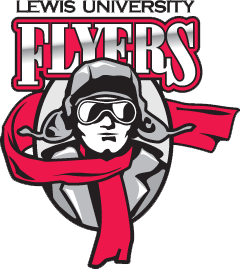 STARTING OFF WITH A BANG. The Flyers—located in southwest Chicagoland—draw their name from the school’s history as an aeronautics education school in the 1930s, which is doubly cool because they’re actually a Lasallian Catholic institution (I volunteer at a Lasallian retreat center, actually)!

In the logo department, I love the retro look. The strong jaw, the long read scarf, the authentic look—awesome. Go Flyers. 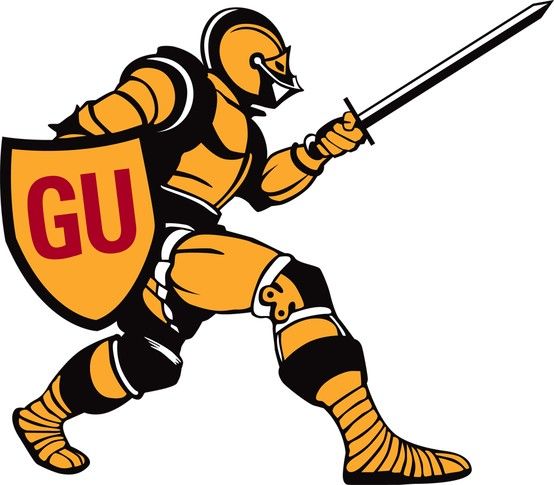 This looks like a dumb knight logo from a mid-90s online RPG. It’s got a mildly interesting sunburst logo as part of its university banner and a predictably-busy shield as part of its university seal, and instead the Golden Knights go with a sans serif GU on the knight’s shield. Plus, I don’t care if you’re Catholic, Gannon—you’re from Erie, PA! You’re gritty! This knight ain’t gritty. He’s a pretty boy.

Time for a new name, Golden Knights: Might I recommend CITRONAUTS?

It’s JUST LIKE Iowa to pick on whoever poor Lindsey Wilson is.

Why this school, you wonder? Well, I am not wasting the time to confirm it, but I’m betting LWC coach Keith Adkins was an assistant to Fran McCaffery at UNC-Greensboro.

Wikipedia tells me the Methodists run this NAIA school in Columbia, KY, and that the pretty jaunty logo you see above is called Blue Raider Bob, which is simultaneously lame as hell and also extremely on-brand Kentucky. He even has an origin story that you can learn about on YouTube! This marks two straight years where I don’t have much funny to say about Maryland’s opponent: last year they hosted the UNC-Pembroke Braves—one of the few schools for which it’s really OK to use a Native mascot—this year they play HBCU Fayetteville State, one of the earliest normal schools for African American teachers.

Still don’t care for their logo. 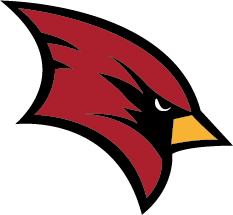 Cardinals is already a lame logo. But we’ve got the Balls Tate ROBOTBIRD as our example of actually good Cardinal logos, so this cartoon bird really doesn’t get the job done for me.

It only stays out of the basement, ratings-wise, because it’s not doing something really stupid and/or obnoxious like perching on a baseball bat.

Also Saginaw Valley State counts both Muddy Waters and Jerry Kill among its former football coaches. Do with that information what you will, which is probably to say forget it and pretend we never talked about it. 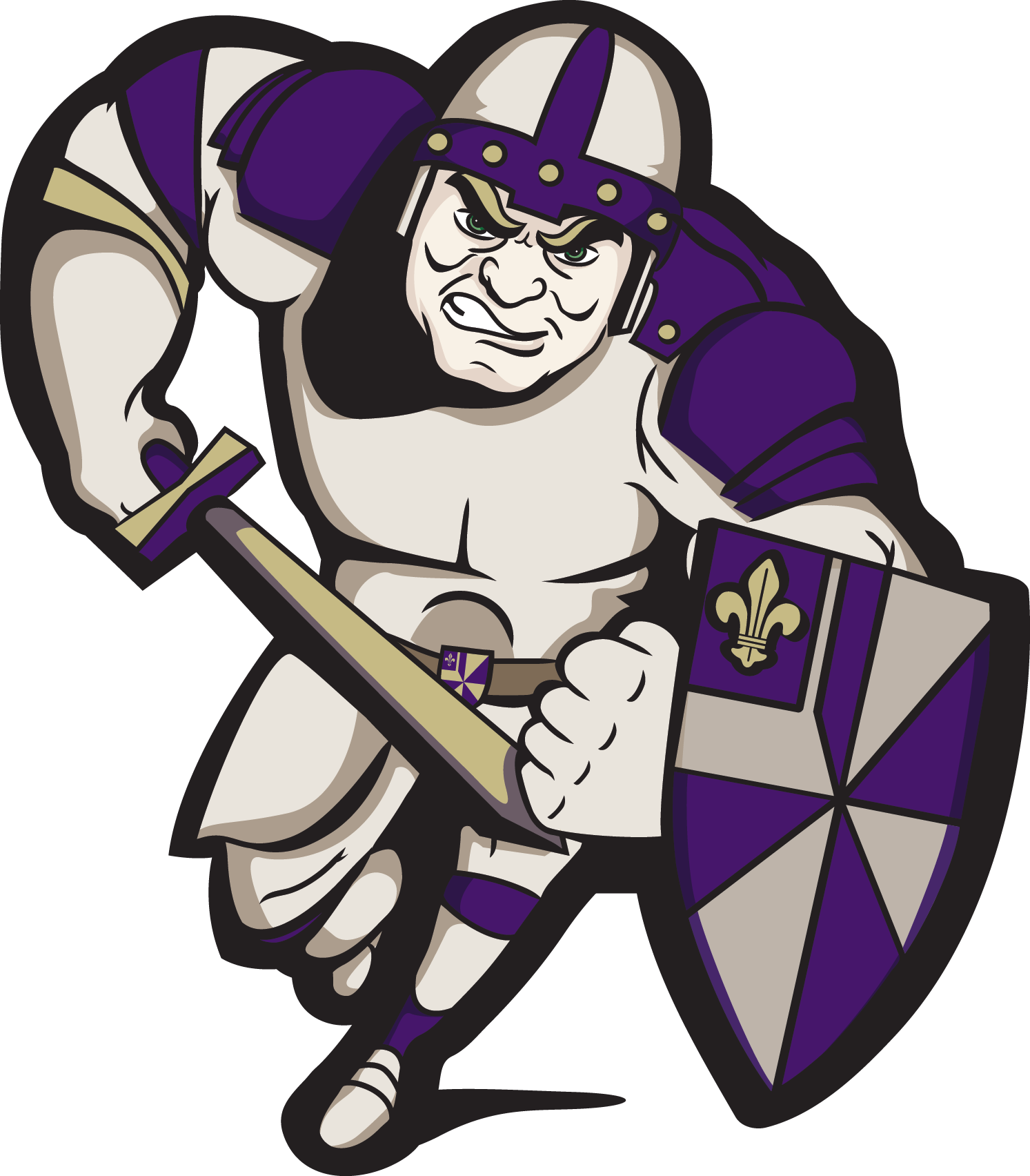 Nicknames pointing to the heritage of a place are great—Golden Gophers and badgers referring to state identity, Fighting Quakers pointing to the school’s founding religious mission, WKU’s Red Towel logo owing to a famous basketball coach.

It’ll fit the Albion Britons, who just introduced Brit the Briton a few years back but who, like their college’s city, trace their heritage to their Methodist Episcopalian founders. Hell, the school’s marching band is called the British Eighth and dresses up like the Buckingham Palace guards! This is legit. Good work, Britons.

Also, unrelated: in 1964 the city of Albion, MI, apparently gave the key to the city to Aunt Jemima. YES. I could’ve gone two ways on the mustang logo for SMSU. Ultimately I knocked a couple points off because (1) that’s a concerningly realistic horse—he’s looking at me like he knows what I do with the house to myself, and (2) I feel like they should be able to work at least an “S”, if not a “W” as well, into the horse’s mane. WHY CAN’T YOU BE LIKE WAZZU, MUSTANGS?

Also this is a chance to plug Brau Bros. Brewing Company in Marshall, MN. Started in a town—Lucan, MN—of about 125 people, have moved into what I believe used to be a Runnings implement store, serve beers out of an old fire truck. Their Sheephead Bitter and Bancreagie Scotch Ale are damn good, I love their kettle sour, and their Moo Joos stout is delicious and infused with good things.

This whole article might’ve just been an excuse to talk about beer I like. SUE ME.

YOU HAD SOMETHING SPECIAL, DOANE. AND YOU THREW IT AWAY.

In some seriousness, I understand the need for a rebrand. You want your university to be seen as forward-thinking, you want to have a logo you’re actually proud to put on promotional material, you don’t want to have that old Detroit Tigers logo or Ennui Husky.

But in doing so, Doane, you’ve denied us a little bit of hilarity.

You want to be the Hawks? Have a cool-looking or realistic logo. Quincy rescues its lame mascot choice with a realistic, classy logo that doesn’t needlessly shoehorn in the school’s letters or have something stupid birds should never have, like teeth.

Also there’s a fair chance the Hawks actually beat Northwestern, and I will pay BTN+ $10 for the privilege of watching that.

For similar reasons as the quincy Hawks, the Cedarville (a Presbyterian school in the namesake city just west of Dayton) Yellow Jackets logo gets higher marks for the attention to apian detail—and for the bitchin’ lightning bolts in its wings.

HYPOTHERMIC FOGHORN LEGHORN IS NOT A LOGO, DELAWARE.

There is, however, Angry Family Guy Blue Hen (why is he standing on a turd?), slightly more modern (but still wearing the turtleneck) ‘90s Blue Hen, and even Blue Hen Dunking a Basketball. It’s just that none of those are the given logo for UD anymore. And that’s a damn shame.

Also, this game is for Hoops 4 Disaster Relief, this year benefiting Ruston, LA.

I’ll repeat what I said last year. This is an amazing nickname that would deserve more love if they would just use the proper athletics-related spelling of “Screaming”, which is “Screamin’”:

LOOK HOW JAUNTY! LOOK HOW TOUGH! SOMEONE CARED ENOUGH ABOUT HOW SCREAMIN’ THESE EAGLES WERE TO DROP THE G; I’M NOT FUCKING WITH THEM.

There’s just something wholesome and Midwestern about having the Eagle poking its head into the “L” of UW-L. As if it’s saying “Ope, can ya pass the ranch over here?”

Turtle Stack Brewing in downtown La Crosse is very good. Had a nice brown ale there a couple years back, and they do good fall stuff in keeping with the general Oktoberfest celebration atmosphere in town—I did exactly one (1) very drunk Oktoberfest on campus at UW-L back in my playing days.

Schedule’s located below. Feel free to use this as a revolving basketball open thread for the next week or so—in the meantime, keep it locked on OTE for basketball coverage!