Share All sharing options for: Clearing out my drafts folder: “B1G Basketball Power Poll: A Song That Never Ends”

ed. note, 2019 version: This is a Power Poll draft I found in our OTE archives from January 2014—and there are some pretty good ones that can’t, unfortunately, ever see the light of day. Think “C.E. Bell doing a roast” good. But, absent any ideas for what to publish today, here is, unedited, my aborted basketball power poll, complete with awful ideas, incomplete thoughts, and recycled, shitty jokes!

The Power Poll has been absent from Off Tackle Empire for the last few weeks, but that doesn't mean the OTE and BTP writers haven't been pettily ranking the teams in the meantime! (MNW note: No, seriously guys and gals, sorry about the absence of it. I mentioned in the football power poll that life got in the way--it did just that. Enjoy!)

I went back and forth on how to do this one. Christmas themes are always good, though Jesse Collins killed it with his end-of-season football rankings and Christmas movies. Go read that now, here. This counts as a mention of Christmas Evil, because seriously go check it out; it's horribad. I was typing a headline for the article, and it struck me: why not go back to childhood? We all watched a little PBS in our time--perhaps, except for our Canadian commentors, who likely were forced to watch Degrassi from Grade One all the way up to the present. Stop butchering the English language, you commies.

Where was I? Oh, yes. Today's comparison, I decided, has got to be Classic PBS shows! Now, a note: I'm 23. That means you fogies who yell at people to get off your lawn, I probably have no clue what it was like to play stickball in the alley, then come inside to watch the three channels you had on TV. I had options as a young shaver. But I effing LOVED me some of that PBS ish. 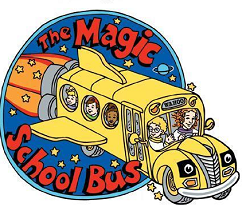 In their preseason scheduling, Michigan State, under Tom Izzo, likes to live Miss Frizzle's motto: "Take chances, make mistakes, get messy!" Sparty's avoided too many mistakes so far, and only a date with Texas looms as anything moderately approaching a challenge before Big Ten play starts. Izzo's squad learns and adapts as the season wears on, much like the kids of Miss Frizzle's class, taking trips beyond their imagination but always with the knowledge that they'll likely be dancing come March. Perhaps not the consensus pick for best PBS kids' program, but screw you guys, I loved it. 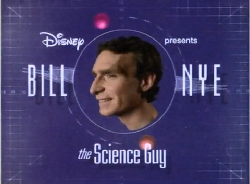 Now, now, I know we all hate science Bo Ryan and his offense. But did you know it can be fun, too? For example, every time the Wisconsin offense holds onto the ball and doesn't shoot until there are fewer than 3 seconds left on the shot clock, take a shot yourself! Camera pans to Bo Ryan screaming at the official? Take a drink. (Also, these Bill Nye drinking games would've been AWESOME.) In all seriousness, though it might sometimes be painful to learn and experience new things, it's an offense like this that becomes a classic. Watching white guys stand around looking at a clock has never been so much fun!

With the expressed goal of (1) turning it on, and (2) bringing you the power, Ohio State remains a powerhouse of the Big Ten lineup, with its sparkplug Aaron Craft leading the charge (OK, that's the last electricity joke, I promise). Despite its enduring value as a brand, though, and its ability to still garner first-place votes with the slight decline of Michigan State's brand, you have to wonder if this Ohio State squad is more like the 1970s, Short Circus-rocking Electric Company, or more of the bad redux that PBS is putting out today. Either way, look for this team to be comin' down the line, strong as they can be, come March. 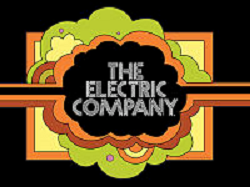 With the expressed goal of (1) turning it on, and (2) bringing you the power, Michigan's 2013 edition, like The Electric Company, remains a powerhouse of the Big Ten lineup, though it doesn't live up to the luster of its past editions, much as the new series of The Electric Company can't quite capture that magic of the 1970s. Featuring a sort of Short Circus of its own that may be a little undersized, save Mitch McGary, on the boards against the class teams of the Big Ten, Michigan nonetheless can bring it any given night. Regardless of their early struggles, look for this team to be comin' down the line, strong as they can be, come March.

Big. Purple. Kinda dopey, much like watching John Shurna lope down the court, Barney, while pretty stupid and not something any good parent ever lets their kids watch, nonetheless had those things that stuck with you. That obnoxious purple court, the songs that don't leave your head once you sing them once but keep popping up like an annoying, pesky matchup zone, the cast of lovable but pretty terrible supporting characters... Man, this comparison is really starting to depress me. Let's move onto making fun of someone else now, huh? Barney sucked. What a waste of my childhood. Thanks, mom.

MNW again. Did you have a good time? Do you have thoughts on these rankings? What are your PBS theme song power poll rankings? Why wasn’t Carmen Sandiego #1? What embarrassing things did YOU write in 2013-14 that you hope never see the light of day?

What was your favorite part of this trip down memory lane?