What’s the best beer in New Jersey? How many can you drink to make the Rutgers defense look passable? Will Rutgers stop anyone? We ask the questions that matter.

Share All sharing options for: Defense! Beer! Things that should be taken away from your coach! // B1G 2019: Rutgers Potluck #3

We should really just pretend 2018 didn’t happen for the Rutgers defense.

The good news! 19th in the nation in passing defense!

The bad news? Everything else, mostly because of how quickly Rutgers games were settled. Over 31 points and 400 yards allowed per game, almost 215 yards rushing allowed per game (beaten only by Illinois), 55 points allowed at Kansas, 42 (at home!) to Buffalo. Woof.

Now, with credit card fraudster C.J. Onyechi returned to bolster the defense at the “Jack” (hybrid DE/LB) position behind sacks leader Elorm Lumor, a defense noted for its thinness up front will offer a green secondary, with the only projected upperclassman starter at DB as senior Damon Hayes. While sophomore CB Avery Young had 10 PBUs after Blessuan Austin wrecked his knee, the pressure is on Young and Hayes, as the two projected safeties--Tim Barrow and Christian Izien—have only 16 appearances and 0 starts between them.

Plug one leak, spring another.

With that in mind, I ask you: Will Rutgers’ defense be improved enough to at least force teams to throw the ball for a whole game in 2018? What should the Knights’ expectations be?

BONUS: Andy Buh has taken over the defensive play-calling. Tell me some aspect of your football program that needs to be (or has been) wrested from your head coach.

Jesse: Well, Frost runs the offense and that actually has worked out so far so all good.

As for Rutgers defense being improved, that’s a mix of things. Even if they are a little better and force some more passes, their offense is still awful and will put a ton of pressure on Rutgers to stop everything. Oh, and if they manage to force passes, we’re still not sure they are all that good on that front. Some of it is just circumstances. I think this will be the Scarlet Knights’ strength, but it’s definitely a ‘believe it when I see it’ sort of thing.

LPW: I want a new offensive coordinator. At least our new O-Line coach is bringing in some top notch recruits. BRING ON THE TRENCH ‘CATS!

Andrew: If Dantonio’s shuffling of his offensive assistants somehow means he’s taking his philosophical hand off of the playcalling wheel, I’d be ecstatic. It won’t. Anyway: find me the disruptive playmaker on this defense. Find me the Joe Gaziano, the Kenny Willekes, the Chase Young on that line. Find me the Joe Bachie in the ‘backer group. There’s no one here a good offense has to fear, even if they’re generally better than the offense.

WSR: I honestly don’t know. And really, how much improvement would we need to see from Rutgers for the team to be competitive on defense? More than we’re likely going to see, I’d presume. And as for what should be taken away from P.J. Fleck: the twitter account and access to photoshop.

BRT: It’s not so impossible to think they’ll improve. But what should their expectations be?

Um… it’s Rutgers. Low. Low is what their expectations should be. It’s the only healthy and responsible thing to do, really. As for the bonus, Frost is new enough I don’t know that I have a strong feeling about what he should not be in charge of. He’s pretty boring in press conferences--maybe he could hire Tim Miles to be his front man? I’d like that.

Thumpasaurus: lol, try “all of it”

Townie: This is not going to be a good year for the Rutger defense. It’s young. They have a new D-Line coach in Corey Brown. He has the skills to coach em up...but not in time for the season. I have a lot of respect for Brown and he should do a good job. But the rest is gonna be a dumpster fire.

MNW: I am so grateful for the addition of the 10th assistant, which took the special teams coordinating away from Pat Fitzgerald.

As for Rutgers? I think there almost has to be improvement, if just because the offense cannot possibly be that putrid in 2019. A couple more sustain drives here or there, and suddenly you’re losing by 20 instead of 40. Progress!

Ray: Unless I have my sources wrong, Ash is going to continue to be involved in the defensive play calling. As we touched on in the coordinators’ write-up, this should have a positive impact on the defense, as the difference between early season and late season last year was night and day.

That said, if Buh takes over play calling, it means that Ash is viewing his knowledge as a net addition over his own, so in theory, either should be a net positive. In addition, if the offense can not go 3-and-out on every drive, we should see a respectable RU defensive effort in 2019.

(And for you, the OTE writer, tell us: Flying Fish dominates the Garden State, with over 50,000 barrels of beer a year, far outstripping #2 River Horse, somewhere around 15-20,000 a year. What’s the “Big Brewery, Small Brewery” debate or tension where you’re from?)

LPW: Goose Island used to be a craft brewery, but they got bought by InBev, so they’re no longer craft. I love all beer made in Chicago.

MNW: I don’t know that it’s a tension, but both big beer-makers in the Twin Cities, Surly (Minneapolis), and Summit (St. Paul) have both changed their lineups and profiles a little in the past couple years—the former had an acrimonious split with their original head brewer and subsequently realized that hopping the shit out of every beer they do isn’t the way to go; the latter pulled out of a number of Midwest and East Coast markets.

No doubt they’ve felt the heat from competitors in the local market—look at Surly’s new kolsch, Heatslayer, for an example of them realizing that they didn’t have a “summer” beer (read: anything under about 50 IBUs)—but Summit and Surly both are well over 100,000 barrels of production per year, so I think they’re doing just fine. And, on top of that, they coexist nicely (as far as I can tell) with the rest of the small craft brewery market in the Twin Cities.

Interestingly, when I was talking with some workers at O’So Brewery in Plover (just outside Stevens Point in central Wisconsin), they intimated that there have been these problems on a big(ger) level within the Wisconsin Craft Brewers Guild. Apparently some of the larger (read: Milwaukee) breweries have very different visions—if they’re cooperating at all—with the Guild, leaving breweries like O’So and Eau Claire’s The Brewing Projekt to collaborate on things like distribution to help them stay competitive in new markets.

BRT: I don’t know that there’s really a “big” brewery in the state, so perhaps I’ll go with longevity. Empyrean has been around since 1990, well before the craft brewing took off, so they can fill in the “big” spot for the state. But newer breweries have really grabbed the attention and following of the craft beer crowd in Nebraska, most notably Kinkaider and Zipline.

Townie: Florida has a surprisingly long list of breweries. Some are good, some not so much. The hipster pick is Funky Buddha, but I find their beers to be too extreme - fruity, smelly, ripe. I like a good, clean beer...not a glass of men’s cologne.

My favorite (also happens to be the #1 pick by Thrillist) is Cigar City Brewing. Their Tampa-style lager is great. I also like the Florida Cracker belgian-style white. Good summer brew, when it’s too hot to get off the porch.

Ray: Keeping it Jersey for a sec, Carton is trash. I don’t understand the appeal of Carton. I blame the baby boomers, as they are responsible for everything awful in this country.

I’ve never had Kane, but I’ll be sure to track it down. I’m sure both (well, one) are fine breweries, but I am absolutely dumbfounded that either rank ahead of River Horse with its malty, tasty, delicious, funky character-filled suds and Flying Fish with its clean-across-the-bow stateliness. 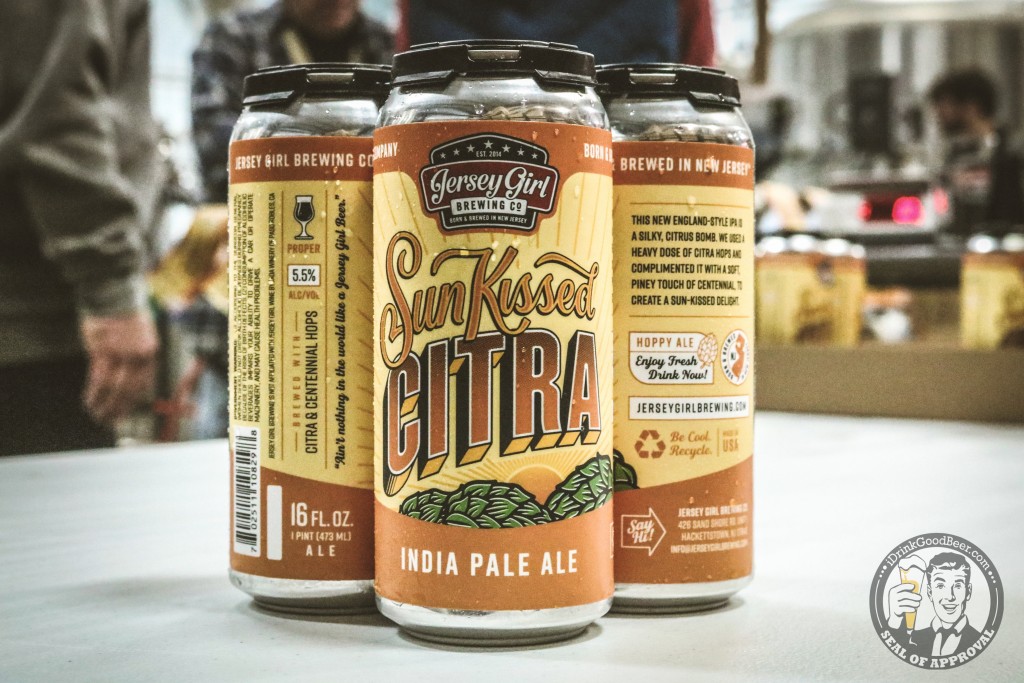 One more entrant I’ll bring into the fold is Jersey Girl—and I do so with a little hesitation, because this one has gotten me in trouble in the past because their enormous cans are full of flavor and eminently drinkable. Specifically, the Sun Kissd Citra is the Civilization VI of beers. It’s so good that you need to be careful when you’re around it. Just one more turn = just one more sip.

Be careful out there football fans.

Will the Rutgers defense improve in 2019?