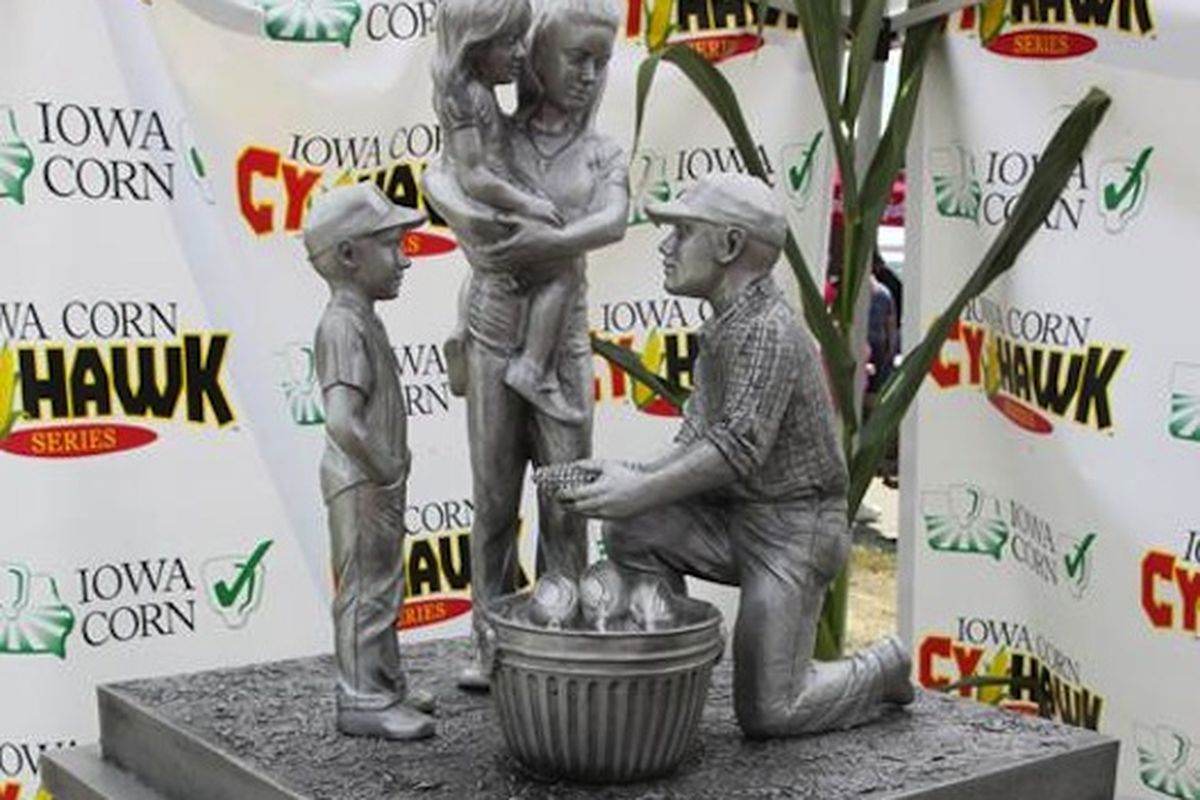 Congratulations to the Iowa Hawkeyes and their internet fanbase!

You've settled into such a comfortably bland groove as the 2nd-4th best team in the vaunted Big Ten West that, despite once being the focal point of the Quadrangle of Hate and the focus of several other fanbases' animosity, no one bothered to put up a hate piece for you. I could make some more snarky remarks about how no one cares enough to hate you, but that would be lazy, boring, and untrue.

As a Northwestern fan, we don't have many significant rivalries because most other fanbases dismiss us for being historically awful and refuse to acknowledge the team for the heights we've risen to (decent and often wildly lucky). Sure, Illinois is technically our in-state rival (at least until Chicago gets its act together and votes to rename the rest of the state West Indiana), but Pat Fitzgerald's ire has always been focused on Iowa. Ever since they broke his leg in '95, his anger will not be sated until Iowa repaints its stupid visitor's locker room purple in supplication.

As an impressionable young freshman in 2007, I took this to heart as Brad Phillips concussed some running back who was supposed to be good for a game-sealing fumble. In 2010 I delighted as Corey Wootton broke a 10 game winning streak, the Hawkeye's hopes of national relevance, and Ricky Stanzi's ankle all in one strip sack. In the undefeated dream regular season of 2015, the college football world was stunned by the possibility that Iowa might actually be good. After a tightly contested (but in an unpleasant way) B1GCG loss, Iowa was torn to shreds by Christian "66 yards against Northwestern" McCaffery and balance was restored to the football universe. I feel like there's probably a gif that captures this moment, but I'm sure the commentariat can help me out with that.

Since then, Iowa has settled very comfortably into Kirk's Pension Years. 7-8 regular season wins to get those contract bonuses, a close loss to Northwestern, and a nice bowl game somewhere that hotel rates/RV parking isn't too expensive for the fans. Every other team in the division (except Illinois) has some reason to believe that they're moving forward, while Kirk solemnly chews his gum in place. Like any sort of food item on a stick at the Iowa State Fair, Iowa football will fill its fans up with hearty fare of dubious quality while slowly but surely clogging their arteries with mediocrity/cholesterol.