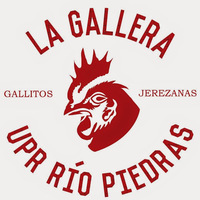 When I'm at work I reorganize college football in my head because watering plants is pretty boring. I already did this before but I've worked out a better version since. I thought I'd share it with you people since y'all are the only cats I know who might appreciate it. I made maps for every conference. I recommend looking at the maps.

Here are the prerogatives:

Every conference gets 12 teams with no protected cross-division rivalries.

Every team gets a rival.

West: Minnesota vs Wisconsin, Nebraska vs Iowa, Illinois vs Northwestern

2013 was a simpler time. No East Coasters and no plague. Leaders and Legends still sucked.

I think Maryland and Rutgers are going to like their new home in the ACC North. What an awesome division filled with to the brim with rivalries. The South is a bit of a sprawl but is functional enough. The Universidad de Puerto Rico Rio Piedras Gallitos make their triumphant entrance into FBS football because Miami needs a rival. The Gallitos benefit from the same extra game rule as Hawaii.

The SEC remembers it's middle initial and throws out it's western teams. Vanderbilt gets relegated and Ole Miss gets cancelled. Then all the most hateable ACC teams move in.

The Big XII reclaims it's former territory. Missouri brings their new friend and Colorado gets a Mountain rival. SDSU makes the jump from FCS to power conference because I wanted to add them and the BIg XII is the only conference that makes geographic sense. TCU and Texas Tech get relegated. Baylor gets cancelled.

Utah and Colorado leave for being too far East. Hawaii gets promoted to the Pac South to lower their travel time, bringing SDSU with them. Nevada and Stanford swap places because UNLV needed to free up their rivalry week. Nevada and Cal have a well played series dating back to 1899 so that has good rivalry potential.

This Mountain West would be so fun. I would go to so many Lumberjacks games.

The Southwest Conference is back. All hail the lower travel costs! Missouri State makes the jump to give Tulsa a rival.

The Fun Belt, now with 20% more fun. Breaking up GSU rivalry sucks but it can be an annual non-conference game.

Cincinnati, Marshall, East Carolina, and Tulane are reunited with their most hated rivals. Memphis and App State get fun new rivals. Much less sprawl than the current AAC.

So did y'all know Miami and BallS tate aren't official rivals? Even though they are the closest schools to each other and both red birds. Lets fix that. Everyone needs a rival, so we needed 1 more Directional Michigan. Congratulations to the denizens of the UP. Northern Iowa jumps up to move the MAC closer to the middle of America.

Stony Brook, Delaware, and Towson jump up to round out the rest of these teams into a new conference. Winner of Buffalo vs Stony Brook lights up the Empire State Building.

These guys should have a little round robin every year. That'd be fun.