[Double disclaimer: This is a FanPost and does not reflect official OTE editorial policy or whatever. We don't have one of those, but it's fine. Whatever. Thanks, Boilerfan420! Also "grammatic errors" is amazing and needs to be recognized, you sassy little tart. --Mgmt] 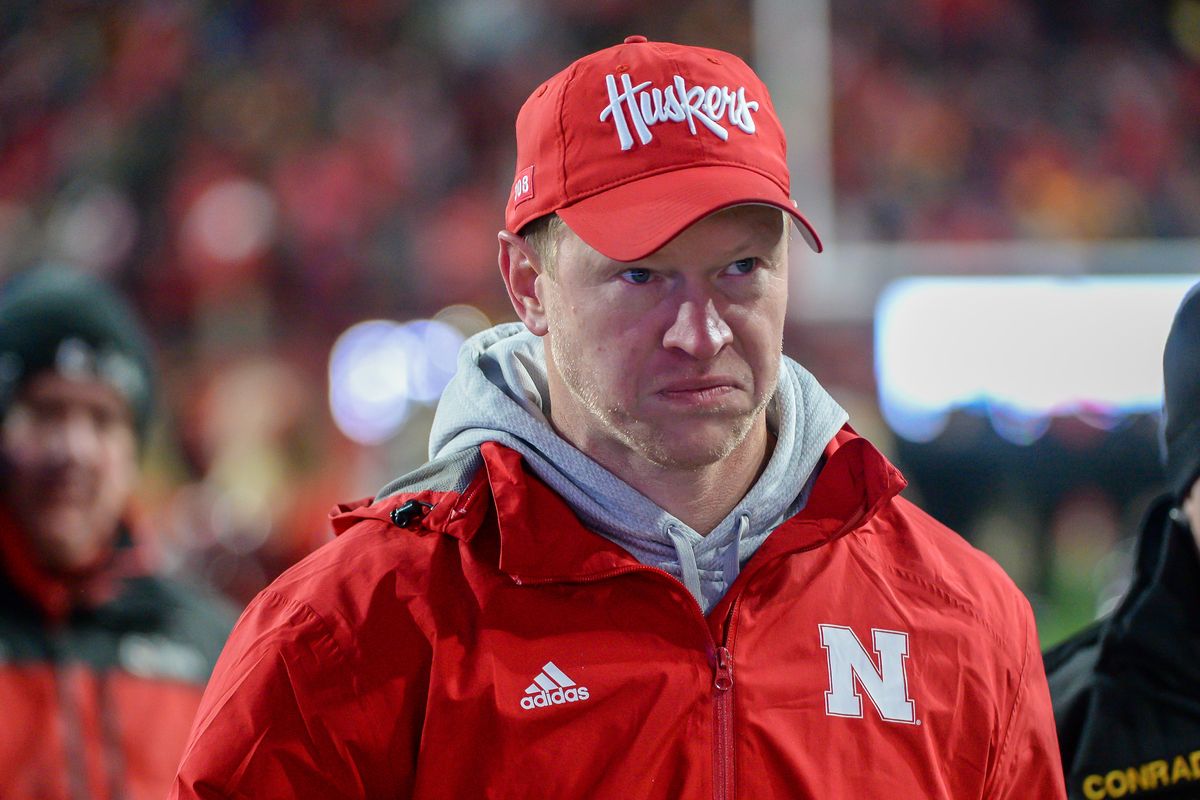 My Illinois budget discussion gets postponed another week again. If they could postpone it just one more week that would be great. This week we shall turn our eyes towards the far western regions of the conference. Prepare for Nebraska.

Nebraska football is now 1-3 with their only win coming against a Penn State Nittany Lions team that hasn't beaten anyone. That Penn State team also outgained the Cornhuskers by 200 yards.

Scott Frost is 10-19 at Nebraska, the worst head coaching record at Nebraska since Bill Jennings had the job from 1957-61. In Frost's first year, Nebraska went 3-6 in conference. In his second year, they also went 3-6 in conference. In year 3, it looks like their current best case is 3-5 (and let's all be honest here, they were losing to Wisconsin if that game got played). There have been no signs of improvement throughout Frost's tenure. Based on past fan outrage, Nebraska fans refuse to accept 9-4 seasons. Why would they take a record that is close to being the inverse of it?

Unlike Michigan's financial situation, Nebraska's athletic department is very difficult to get a sure read on. Some of their statements over the summer and fall look like posturing so that the Big Ten wouldn't cancel football this year. Separating fact from propaganda is infinitely more difficult with the Nebraska football press compared to - well any other team in the B1G. I think I've been able to cobble together a story however.

In June, Nebraska's athletic department was projecting a budget deficit of around $12-15 million due to COVID (about 10% of their revenue). This estimate still assumed a full football schedule and at least partial fan attendance at games. At the time, Nebraska started implementing budget cuts of 10% including staffing cuts and furloughs. Frost & basketball coach Fred Hoiberg both took small pay cuts at the time. Once the conference moved to a conference only schedule of 10 games, Nebraska updated their athletic budget shortfall estimate to $40-100 million (writer's note: seriously? That's the best you can do with your financial estimate? A $60 million range?). Last year, football contributed $96 million of Nebraska's total revenue. Without fans Nebraska is probably looking at somewhere in the neighborhood of a $60 million deficit in their AD (they are still getting BTN money and from what I can tell their worst case budge deficit didn't include that money). Should basketball get cancelled (and with it basketball TV money), the situation gets worse. Fan donations have also dropped for 3 straight years so I wouldn't count on a big cash infusion from donations. Oh, and the cherry on top is that UNL is currently building a $155 million football facility.

Scott Frost was given an incredible deal as a first time power conference head coach. He is making $5 million/year. After his first two mediocre years, the administration decided he was doing well enough to get a two year extension. He is under contract through the 2026 season and his buyout will be $25 million at the end of this year. Bottom line: the money isn't there. I don't even know that they will have the money after next year. It appears that Nebraska's administration was already planning to lose money this year and not be back in the black until 2021 or 2022 BEFORE coronavirus. As things have turned out, it was not a good time to go on a spending spree and they are in quite a financial hole. Scott Frost should be the beneficiary. One other thing to note: perhaps their budget difficulties is is why Nebraska was so insistent on having a full football season? 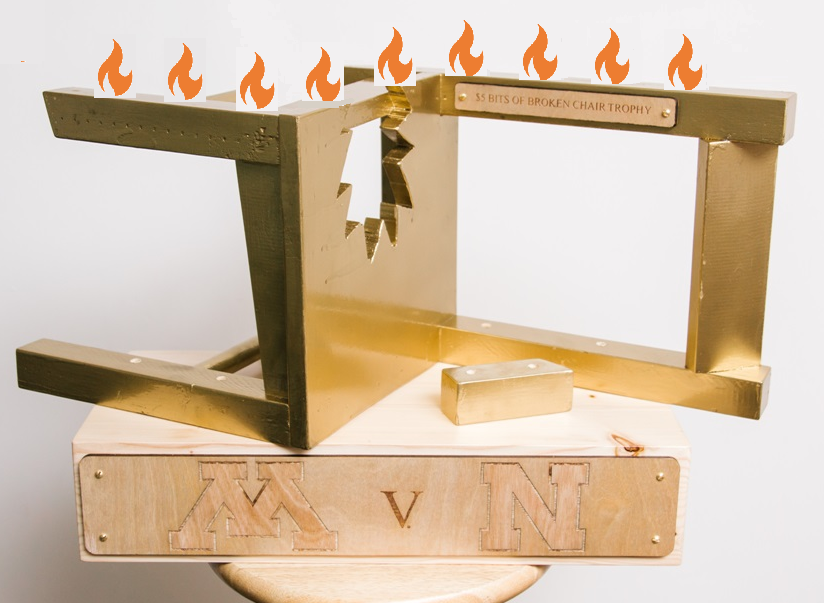 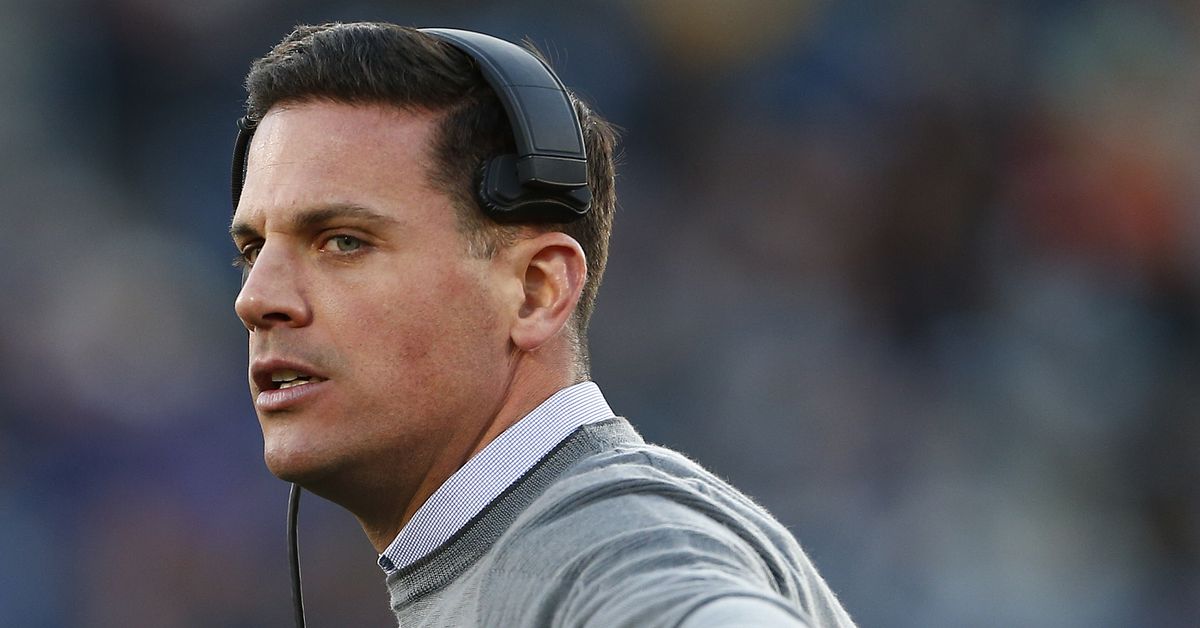 Focus on the OPI flag and not my defense

Nebraska OC Matt Lubick (loss vs Illinois, offense scored 23 points). 5 turnovers. Sources tell me that is not good. Lubick's salary is a tiny $500k so there is absolutely no job security.. He would be 6th, if my list wasn't a top 5.

Penn State OC Kirk Ciarrocca (loss vs Iowa, offense scored 21 points). Once again Penn State's offense had way too way turnovers. The QBs seem incapable of making decisions and are the primary reason they have so many turnovers. They got to find a way to simplify the offense and protect the ball. Ciarrocca needs a win or two badly.

Michigan OC Josh Gattis (win vs Rutgers, offense scored 48 points, 35 in regulation). Things weren't terrible after the QB change was made. Why did it take so long into the season to make that change though? If it was Harbaugh's decision then Gattis gets a pass for it. If it was Gattis's decision, then Gattis should have been fired today.

Illinois OC Rod Smith (win vs Nebraska, offense scored 41 points). The Illinii have a winning streak! Smith's offense put up 490 yards against the Blackshirts! It's almost like Illinois is trying to make a late run at keeping their coaching staff.

Purdue DC Bob Diaco (loss vs Minnesota gave up 34 points). For the second week in a row, Diaco's defense couldn't stop anything in the first half but figured out how to stop the run in the second half. Is he unable to watch film and can only figure stuff out at halftime? And why does this mysterious ability not affect the pass defense at all? DBs are clearly not being taught to play the ball but to only attempt to get their hands between the receivers. Nobody has any idea what to do in zone coverage.

Nebraska HC Scott Frost (loss vs Illinois). See above for why he's not in the top 5.

Penn State HC James Franklin (loss vs Iowa). First 0-5 start to a Penn State season ever. On the other hand, their remaining opponents are much worse than the teams they've played to date. Franklin will need to find a way to keep his players motivated, but they should get a win or three with their remaining schedule. Franklin stays on this part of the list unless he loses next week. Even in the context of 2020, I don't know that any coach can survive a 0-9 season.

Iowa Emperor Ferentz the Elder (win vs Penn State). Ferentz moves to the safe list for the rest of the year barring further off-field developments. He isn't going to be let go for football reasons. 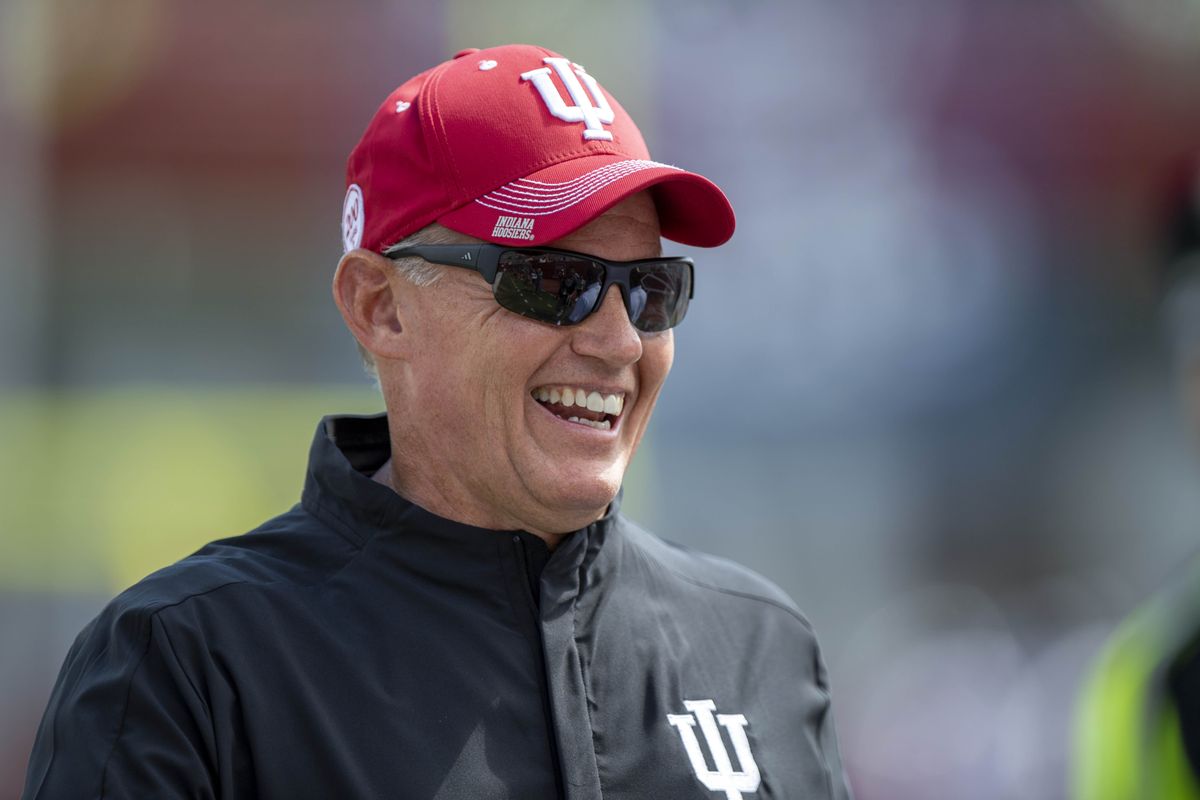