I know why Dabo ranked them so low...

I am no OSU apologist, but I watched the last OSU-Clemson game and OSU dominated them in every way besides three:
1. The Zebra Committee
2. The Replay Booth
3. The Final Score (thanks to the 1st two)

Every momentum swing where OSU puts the game away, the refs completely changed the game. 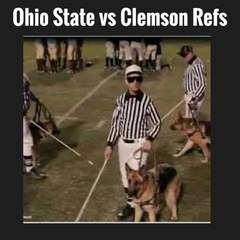 I think Dabo Swinney doesn’t want anything to do with OSU, and OSU is champing at the bit to get revenge. Clemson is by no means a bad team. They don’t need much help to win games, and they were provided with just enough that even OSU couldn’t overcome it. Dabo is scared, and its not even that hard to see.

Again, I am coming from a place of: FRICK THE BUCKYEYES WITH A BIG RUBBER PERSONAL MASSAGER THEN BREAK IT OFF AND BEAT THEM TO DEATH WITH IT, Columbus can burn down for all I care, but, personal bias aside, I am looking forward to Clemson’s upcoming stomping.

Maybe you don't understand why I feel this way about Dabo's Vote vs Dabo's Comments. Let me try to clarify.

This is what made me think Dabo is a chickenshit:

"There’s no question Ohio State is good enough to beat us, to beat any of these four [playoff teams] and be the national champion. That’s not a question at all. I didn’t rank anybody who didn’t play nine games or more in the top 10. That’s why they were 11. I have all the respect in the world for Ohio State." 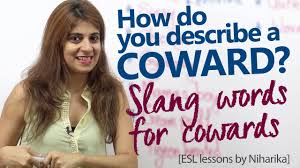 (Helpful Tips for Describing Dabo to Your Hearing Impaired Friends)

Man up and toss them under the bus, you already gave them the locker room material with your vote. At this point, you might as well make them OVER aggressive, because they are already on the revenge tour against your team that won a stolen game and you just tried to screw them over with your vote. You do chickshit like I do run-on sentences. You perpetuated the Southern Corruption conspiracy already, so go for it. You can’t really motivate OSU any further than you already have, go for broke. Look at how someone like Saban would do it: 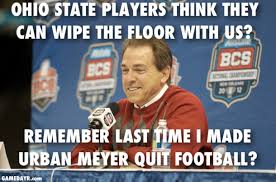 ("Dabo, its not that hard, I don't understand the internet but even I can do it") 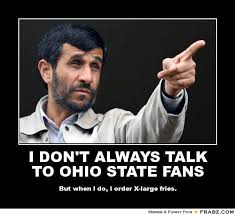 (I mean, come on Dabo, its so EASY even an insane Iranian can do it! And football is probably illegal there or something.)

•Dabo, you could share the incredible, heartwarming story about how you helped out multiple Columbus area families after figuring out that putting paper bags on their heads allowed them to finally pet their own dogs.
•Talk about how Ohio waterways can be lit on fire because of all the toxic, chemical pollutants coming out of Columbus’s training room/Mad Scientist Laboratory for Performing Enhancing Drugs.

Just go for it.

AT LEAST put the obvious on the table! 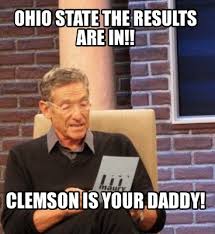 (A Clemson fan who couldn't even get into Clemson probably made this meme!)

•Remind everyone that OSU is the SEC of the north, except the SEC spreads the 5 stars around to 4-5 schools instead of hoarding them all by holding player’s families hostage over a shark tank until signing day. 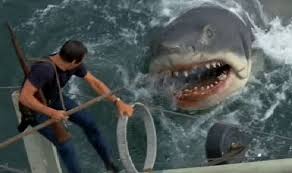 •Tell people that Monica Giusti created COVID19 and sold it to China.
•Talk about how dumb they must be in Columbus since they gave up Joe Burrow.(then share the little known trivia that Joe Burrow grew up a Cornhusker fan and wanted to be a Cornhusker...) 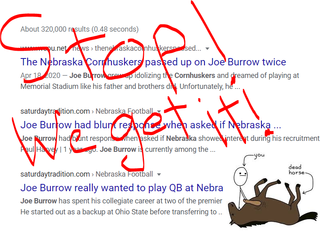 •Remind America that OSU is sexist and offensive because they call Michigan "Bitchigan".
•Double down on the "OSU is Terrible for Women" by reminding parents that the only place worse for teenage girls than an underground roofie club run by Saudi princes is the Ohio State campus.

•Probably a good time to air it all out and remind everyone where #GymJordan came from, and why Jim Jordan has a hashtag called #GymJordan and how he is barely a half step better than Jerry Sandusky. (Maybe Dabo could mention that in Happy Valley, they eventually fired everyone who helped cover up child rape but OSU & the monsters who live in Ohio elected their rape enabler to Congress? Up to you, Dabo!) 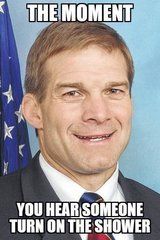 (I promise, I feel worse about posting this than you do reading it, but F*** #GymJordan. There I said it.)

• Casually mention that all the OSU starters are actually illiterate 28 yr olds using the names of former high school players who are hidden away in a dark tower after their identities were stolen, Man-In-The-Iron-Mask style. 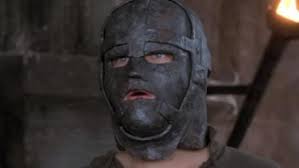 ("The worst part was when my parents started calling that monster by my name! They know that isn't me! Mom! It's Me! I'M CHASE YOUNGGGGggggg...")

I don’t know, get weird with it.

•Tell people Ryan Day sold his soul to Satan and only a good, clean, God-Fearing, property-owning, Southern-American-Manly Man named Dabo can stop him.
•Hint that you have a sex tape of Master Teague featuring Courtney Smith(Produced by Gene Smith, unrelated), and you wanted to let everyone know before Zach Smith drunkenly releases it on Twitter with a "need-to-unroll" raving, rage-filled rant that is so long and full of typos that it knocks out twitter.com for 7 hours and Courtney for 6. 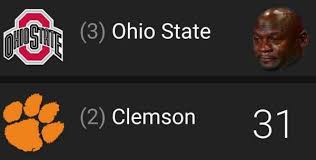 (Just go with the obvious, even if it is played out)

• Don't dance around with words like "respect" when clearly the only thing you're feeling is "fear". Just say Ohio State sucks and they chickened out of playing a bunch of games so they could have more time to prepare for the beat down Clemson is about to drop on them.

There. You did it. You didn’t just throw a sucker punch and run away like a child past curfew. You need to follow through! MMA fans who have never thrown a punch but exclusively wear TapOut gear can tell you that!

Now of course, Dabo the Cowardly did none of that, and worse, his soft backpedaling gave us all a bad case of BSBBB.*

Ugh. I just can’t respect how he did it, and neither should any of you.

However, to give credit where credit is due:

[after his vote went public] "I could probably run for governor in Michigan** and have a good chance."

Ok, OK, while Dabo Swinney is still a yellow bellied, Does-Things-Half-Way, coward of a man… that guy can really be a charming SOB when he wants to be…That is, of course, when he’s not busy doing the world's greatest "Mike Gundy" impersonation. (outside of the Big12 footprint) 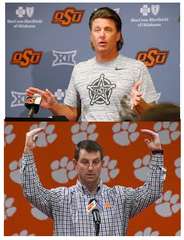 (If this isn't the same man with different haircuts, its definitely an evil twin situation, right?)

And now… I have to go back to work after getting out all of my therapist required anger management free writing.

** Hey Dabo, Michigan will be looking for a coach soon…maybe you can stop by the program where "hot" coaches go to die? "Coach Governor" has a nice ring to it!

PS - if any of these lines made you chuckle or wretch in disgust, please let me know in the comments. Working on some aggressive new material, apparently, 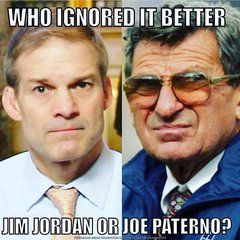