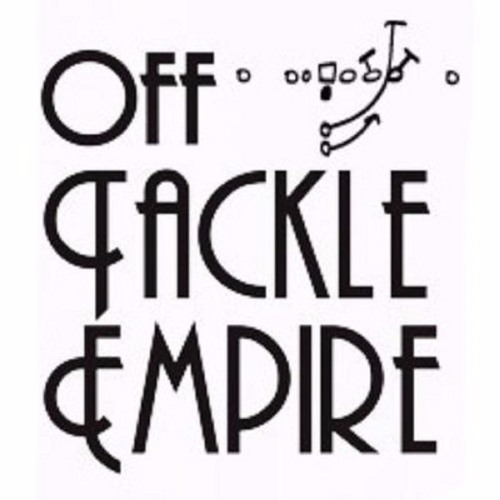 The ennui of unfulfilled expectations; the irrationality of anticipation.

Me: It’s mid-April. Are we talking basketball or football?

Hater: Both. Always. But especially hoops. I’m have to sit through another season of Brad Davison flopping and doing cheap shit. But I repeat myself.

Hater: No. Not by a long shot. He represents so much more that I hate about Wisconsin and have forever. He’s the manifestation of several—

Me: Bullshit. He’s not. Who was Brad Davison for UW before Brad Davison? We can talk about him, or we can talk about the UW program. The style of play. The anger you feel at their regular success. Whatever. But let’s try to stay on the selected topic.

Hater: Nice try. Regular success? Weren’t they the most disappointing team in the B1G this year?

Me: Them or MSU probably. So why are you so angry? Where’s you petty joy?

Hater: Well, I had it for a while, but it never sustains me for very long.

Me: Maybe a lesson there.

Hater: Oh? You sit on a mountaintop completely zen all the time?

Me: No. But I try to appreciate accomplishments along the way. Celebrate the journey, you know? But I have my moments of pettiness. For example, did you know that in the last 20 years, the only three Naismith Award winners who didn’t make the Sweet 16 when the tournament was held are Kevin Durant (JFC, Rick Barnes), Dougie McBuckets (Awkward coaching methaphors), and Luka Garza (Iowa)?

Hater: Splendid. Whatever. I’m not an Iowa fan. So this year must have sucked for you?

Me: I already conceded UW was among the most disappointing teams in the conference, at least in the regular season. That said, sending Roy Williams into retirement isn’t nothing. And we beat Loyola handily, which is something, eh Illini?

And, unless you were a Michigan or Rutgers fan, it pretty much sucked for you too, huh? At least at the end?

Hater: Stop trying to spin this. Wisconsin underachieved this year.

Me: If I say it a third time, will that suffice? Look, if you care about the regular-season, then it was worse than if you’re a “talk to me in March” person. In that sense, this was the mirror image of 2013. UW over-achieved mightily in that regular season thanks to the best defense of the Bo Ryan era. Went 2-0 against Indiana (who won the B1G) and 2-0 against Michigan (who played for the NCAA title). But, they were awful on offense against Ole Miss in the NCAA (2nd worst single-game performance under Ryan, according to KenPom), and got upset in the first round.

I recall a lot of Minnesota and Illinois fans crowing about making it further in the tournament than UW that year.

I, like anybody else not addicted to misery, try to find the positives. Eight years ago, it was regular season wins; this year it was non-conference and March. What made you most happy this year?

Me: So you should be happy he’s coming back?

Hater: Whatever, Wisconsin lost everybody else of value and you’re going to suck next year, so THAT makes me happy.

Me: Well, we had everybody back this year [No disrespect Brevin Pritzl: much love] and it didn’t help, so I don’t have a damn clue what to expect.

Hater: Right, so why—

Me: And before you go there, yeah, they probably were lucky to win the B1G in 2020 for a couple of reasons. First 14-6 usually isn’t good enough to win the conference and second, the eight-game winning streak to end the season only had two challenging road games (sorry Huskers). That said, there were a bit unlucky to go 10-10 this year. They probably were a 12-8 team each of the last two years, with good conference luck one year and bad luck the other. In fact that advanced stats suggest they were better this year.

Hater: You know that just because you try to throw stupid, boring advanced stats at me doesn’t mean I’m going to stop hating UW, right?

Hater: So...Mr. rational smartass, this is supposed to be a postmortem. Sum it up for me!

Me: Disappointing overall. Would’ve loved to have seen what they could’ve done with Rutgers’s 7 seed. Beating Houston totally possible. After that? Regular season was taxing. Reuvers wasn’t himself this year. Trice was all-world at times, but, overall, the offense really had to work too hard to score. This is a trend. Gard has maintained the defensive performance, but the offense has fallen off. Lots of people are looking forward to next year because we at least get to see if that is because of Gard, or more about the limitations of this class (Potter and Reuvers on the court at the same time should’ve worked better than it did). Will be very young next year, but it’s basically like two highly touted recruiting classes (by UW standards) are entering at the same time. Next year is a freebie, we just want to see the possibility of a higher peak. Remember the name Chucky Hepburn. Plus...

Hater: I don’t believe you.

Me: Well, it’s irrelevant anyway. It’s about something that probably won’t happen.

Hater: Whatever, it’s not like I’m going to change my opinion about your boring-ass team.

Me: Well, you think you know that Davison is going to be the thing you hate worst about UW hoops next year.

Hater: Of course. What could be worse?

Me: Well, UW needs help inside. What if, and no, this probably won’t happen, but what if they have success in the transfer portal and these two are wearing Badger uniforms next year?