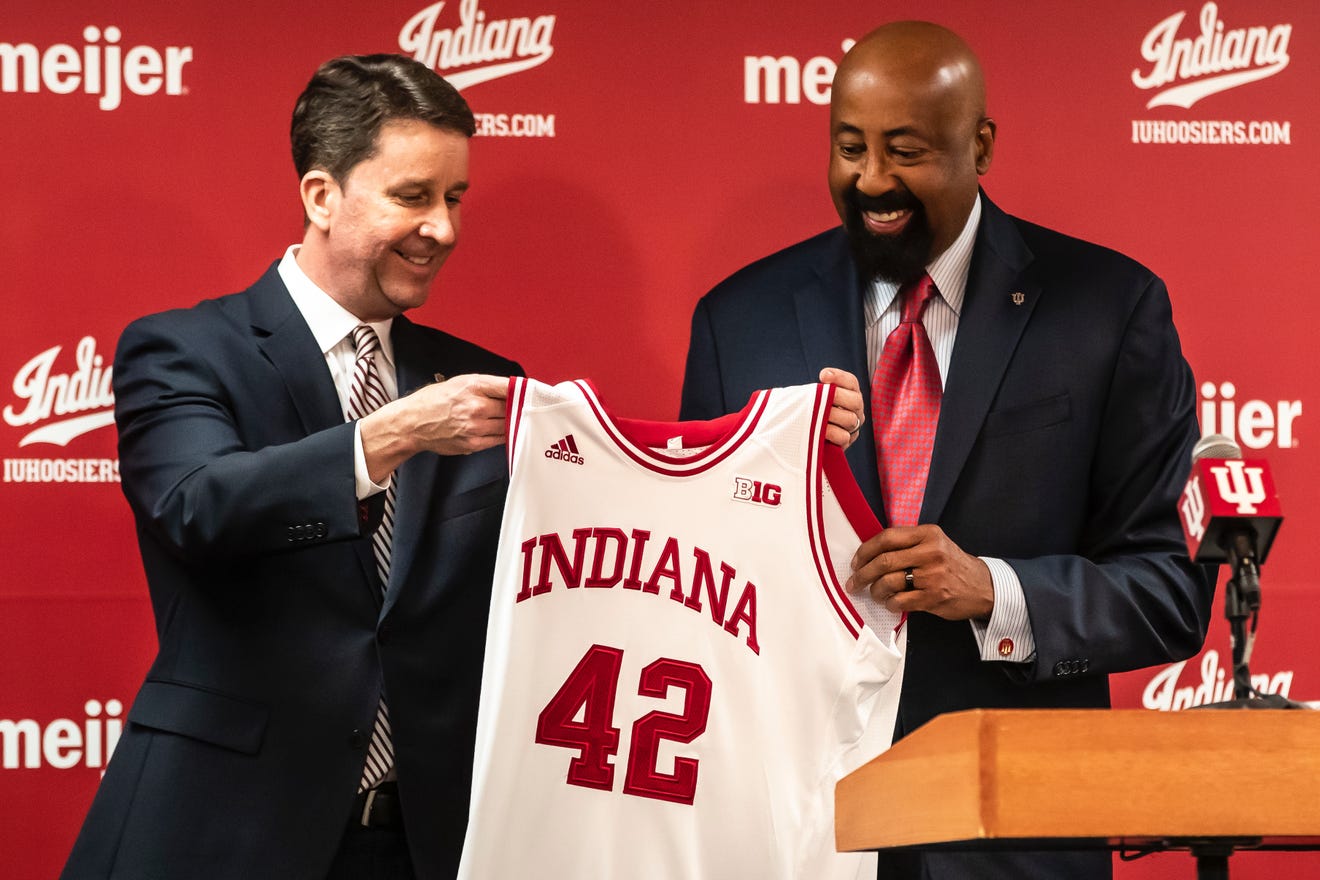 Like many born in southern Indiana, I have been drawn to Indiana basketball my entire life. I’ve got a 20 year old poster of all 5 national championship trophies that hangs on my wall. I remember fondly the 2002 run to the national championship game while sporting the Kyle Hornsby buzz cut. I have met and spoken with Damon Bailey on more than one occasion. Indiana basketball is life.

When Mike Woodson was hired, I saw Indiana basketball Reddit go crazy. My father called me in an excited roar. Many around me were ecstatic. I was not.

Don’t get me wrong, I don’t think it was a bad hire. Certainly I understood the allure. My chief complaint is that it was simply a boring hire. Unexciting to anyone under 40. To be fair, my idea of exciting was hiring basketball Jesus Brad Stevens so my expectations could have been a little off.

The buzz around circles I’m tied into is nothing but excitement. I can’t help but be wary though. The same people were brimming with confidence when Archie was hired. After the excitement dies down and the new coach smell wears off, we've got to look for ways to measure So what does success at Indiana look like for Mike Woodson?

It looks like a consistent top 25 team that challenges every two or three years for a B1G championship. You know. The Michigan State model. Final fours every so often. Run to the championship every decade. But wait, haven’t we been here before? OH SHIT. KINDA SOUNDS LIKE TOM CREAN’S HOOSIERS.

I can hear the groans from fellow Hoosier fans. Not this again. Not someone else telling us firing Crean was a bad idea. Honestly, Crean’s biggest flaw was Crean. It was his personality that rubbed some the wrong way. Had he simply dialed it down a few notches every so often, I truly think he might have stayed. Then again, had he done that, he might not have been able to recapture that Crean magic. The moral of his story is that you can’t have bad years when certain people want your head on a platter. Don’t give them a reason to fire you. Also, play some defense.

Thanks for sticking with me through that rant, now back to the question. What does success look like at Indiana for Mike Woodson? I’m not sure that anyone actually knows at this point. Success should be considered anything better than the last 4 years of Archieball. For the love of God, run an offense that makes sense. Someone make Trayce a threat outside of 5 feet. Someone make some freaking three’s.

Indiana just went to the Bahamas (jealous) for a set of exhibition games with a team called BC Mega. It sounded like a success for the Hoosiers as they swept the series. Can you call two games a series? It was a series. They swept the series. Reviews were glowing, but felt a little reserved, as if we don’t know what to make of these wins. Well we probably don’t. It’s August. It sure sounds like we played well, but who the hell is BC Mega?

My hope for Indiana basketball is simply a tournament birth next year. That’s a pretty low expectation given the historical significance of the program. I don’t care. What does success look like for Mike Woodson? Early on, it will be improvement, tournament births, and the occasional run in March. That will only last so long. Give it 6 or 7 years with the same level of success, the wolves will return. Getting fired after 7 years probably isn’t the fan base’s idea of success though.

So what makes a Mike Woodson tenure at Indiana successful? Simply put, one of two things:

That’s it. The fanbase has tried everything else. Hiring the next in line. Hiring the sleezy car salesman who gets fired then laps your program on the way back to the top. Hiring the eccentric rebuilder to tear it down and rebrand it. Hiring the sure thing. It’s not worked.

A championship makes Mike Woodson a successful coach at Indiana. Is that a fair burden to put on this ailing program? No, but basketball is in the blood. It’s a way of life. Here’s hoping for banners to come.