A native of Lancaster, Ohio, these shirts might just be Cump's favorite.

Share All sharing options for: Your Off Tackle Empire Ohio State Shirts

William Tecumseh Sherman was born February 8, 1820 in Lancaster, Ohio, only 34 miles from Columbus. Ohio State University wouldn't exist for another 50 years, the Buckeyes wouldn't start playing football until 1890 and Ohio State's lord and savior Urban Meyer wouldn't be born until 1964. While it's unlikely that Sherman actually witnessed the Buckeyes play a football game (he died in 1891) it was during an Ohio State graduation ceremony that he uttered the famous phrase:

There is many a boy here today who looks on war as all glory, but, boys, it is all hell.

Now, Sherman would probably love all of our Big Ten shirts but he'd undoubtedly love the Ohio State themed shirt the most. Four different color schemes? Black, white, gray and white and scarlet and white? The variety here proves once and for all that Off Tackle Empire is an Ohio State blog. Don't believe me? Here's a quote from Sherman's memoirs:

I hate newspapermen. They come into camp and pick up their camp rumors and print them as facts. I regard them as spies, which, in truth, they are...

Oh, and Off Tackle Empire is definitely an Ohio State blog.

Okay he didn't say that.

Here's a look at the scarlet version: 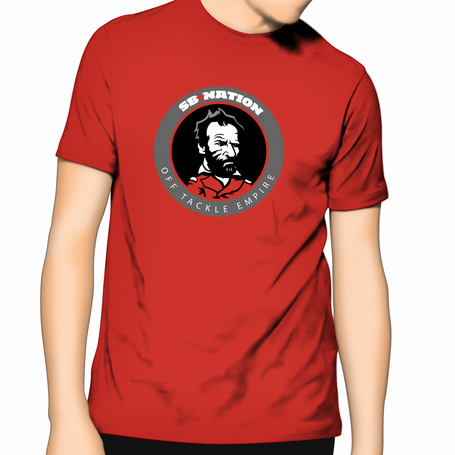 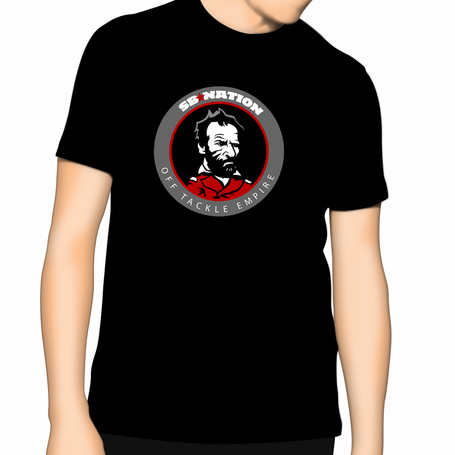 And the white version: 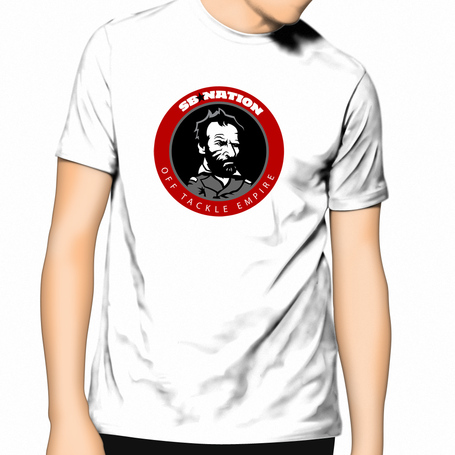 Get your Off Tackle Empire Ohio State shirts here:

Sherman puts on a Blackshirt

Jump Around with Sherman.